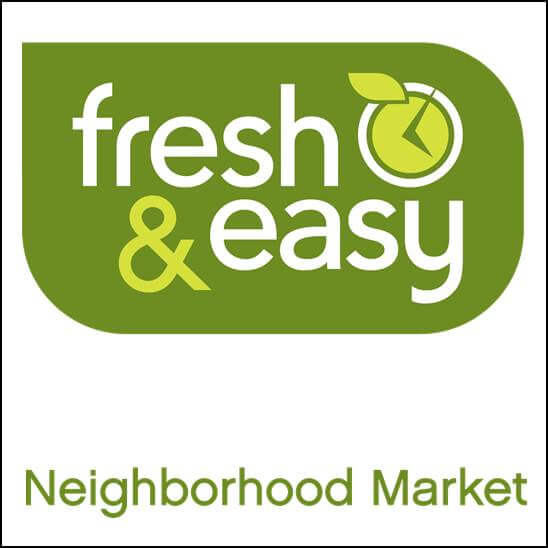 Focus on categories. Not brands.

After five unprofitable years, Tesco has announced that it will likely sell or shut down its 199 Fresh & Easy stores.

Tesco, the giant U.K. supermarket operator, reportedly lost $1.6 billion on its U.S. venture. A venture that started with great expectations.

“Our team went over to live in the U.S.,” former Tesco chief executive Terry Leahy told The Wall Street Journal. “We stayed in people’s homes. We went through their fridges. We did all the research, and we’re good at research.” He said the result would be, according to the Journal, “perfect store for the American consumer in the 21st century.”

We have supermarkets, convenience stores, organic food stores, coffee shops and dozens of other types of stores. But what’s a Fresh & Easy?

With roughly 10,000 square feet, about a fifth the size of a supermarket, a Fresh & Easy store didn’t seem to fit into any existing category.

And that’s the problem. Consumers think category first and brand second. Nobody walks into a Best Buy and says, “I want to buy a Sony.”

A clerk might say, “What kind of Sony would you like? A television set, a computer, a digital camera?”

Would a prospective customer then say: “I don’t know. Why don’t you show me all the Sonies you have in stock and I’ll decide which Sony to buy?”

Sony suffers from the same problem as Fresh & Easy. The brand doesn’t fit into any specific category in consumers’ minds. That’s one reason why Sony lost $1.1 billion in the past four years, in spite of the fact that Sony is one of the best-known and best-loved brands in the world.

We talk all the time about brands, but we seem to have forgotten the objective of a brand-building program. In our 1981 book, Positioning: The Battle for Your Mind, Jack Trout and I declared that the function of a brand was to fill an open hole or “position” in the consumer’s mind.

It’s a category like supermarkets (filled with the Kroger brand) and convenience stores (7-Eleven) and organic-food stores (Whole Foods) and coffee shops (Starbucks at the high end, Dunkin’ Donuts at the low end.)

If Tesco wanted to make Fresh & Easy a big success, it should have asked itself, What new category are we trying to create? Instead, Tesco tried to what most brands try to do. Create the perception that its brand is “better” than others stores selling food products. That is, “fresher and easier.”

“Er” is the most overused suffix in a marketer’s toolbox. And one of the least effective. Faster. Cheaper. Tastier. Longer lasting. Etc.

• Faster than Google?
• Cheaper than Walmart?
• Tastier than Chobani?

Would any of these “er” strategies be effective? I think not. One reason is the credibility problem. Deep-down, every brand owner thinks his or her brand is the best. But saying so doesn’t make it so and doesn’t convinced the prospect that it is so.

Death of a category.

The best evidence a brand is intimately connected to a category is what happens when a category dies.

That’s the problem facing BlackBerry. The “smartphone with a physical keyboard” category is slowly dying out. Will the BlackBerry brand survive?

If you want to create a new brand that will dominate a marketplace, the first question to ask yourself is, How can we verbalize a new category in a simple and easy-to-understand way.

Forget the product, the features and the benefits. If the new product or service can’t be defined as a pioneer in a new category, it is unlikely to ever achieve a leadership position.

And look at the successful brands on the net. In general, they are brands that created new categories.

Marlboro is the world’s largest-selling cigarette brand, outselling the No.2 brand (Winston) by 130 percent. When Marlboro was introduced in 1953, four strong cigarette brands dominated the market: Winston, Camel, Lucky Strike and Chesterfield. All four of these brands were “unisex,” in the sense that their advertising was directed to both men and women.

(I should have said “reintroduced in 1953,” because Marlboro was launched in 1924 as a woman’s cigarette, but never achieved more than 1 percent market share.)

With the sex change provided by Leo Burnett, Marlboro took off. There has never been a woman in a Marlboro ad or commercial. Only cowboys. Never cowgirls.

The cowboy is what my daughter Laura calls in her new book a “visual hammer.” It hammers a verbal idea that unlike competitive brands, Marlboro is a “masculine” cigarette.

The “lime” is the visual hammer that hammers the verbal idea that Corona is the “authentic Mexican beer.”

The “chalice” is the visual hammer that hammers the verbal idea that Stella Artois is an “upscale imported beer.”

(I just returned from a trip to China and was amused to find both Corona and Stella Artois on the menu in the Beijing hotel we stayed in. A menu with only five other beer brands. Visuals speak louder than words.)

The next time you attend a brand-building meeting, you might want to ask, What is the name of the new category we are trying to create?