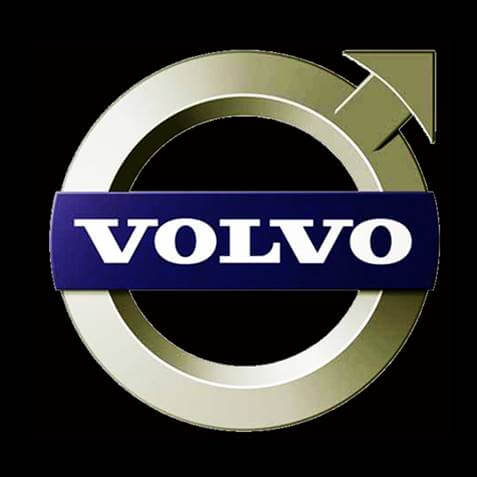 Focus on pre-emption. Not differentiation.

In marketing circles today, there’s an emphasis on “differentiation.” Marketing people often compare their brands to the competition in order to find a point of difference. Then they aggressively advertise that difference.

But what happens when the competition catches up?

At that point in time, many companies go back to the drawing board and see if they can find another difference they can promote. And guess what, all they do is confuse consumers who can’t differentiate yesterday’s slogan from today’s slogan.

Exclusivity is not a long-term advantage.

If competitors don’t copy your point of difference, consumers assume it’s not that important. What works best in marketing is for a brand to “pre-empt” an idea or concept and then have all of its competitors copy the idea.

As a result, the leader gets credit for being a leader and its competitors get bad marks for being copycats.

Volvo pre-empted the “safety” idea. And except for the year 1977, Volvo was the largest-selling imported luxury vehicle from 1975 to 1992, outselling Mercedes-Benz, BMW, Audi, Jaguar, Lexus and others.

So what did Volvo do next? They moved on to advertise “beauty.” Then “performance.” And currently “togetherness.” The latest slogan: “Life is better lived together.”

But guess what? When you ask Volvo owners why they bought a Volvo (like my daughter and partner Laura Ries), they most often say something about “safety.”

“Positioning has always been about differentiation.”

That’s what a leading consulting firm wrote is a recent “state of marketing” study. Then the firm added, “But in this unfolding environment, differentiation is short-lived.”

While I certainly agree with the latter, I take issue with the former.

As someone who has had something to do with the introduction of positioning, I never associated the concept with differentiation. What good does it do for a brand to be different if everyone rapidly copies you and obliterates that difference?

Being different is only the first step in building an effective marketing program. Many, many brands advertise differences. Take three automobile ads from a recent issue of Car and Driver.

• “Best-in-class combined MPG.” (Nissan Sentra.)
•
• “Integrated dual exhaust. So why are we the only ones to offer it?” (Dodge Dart.)
•
• “The best fuel economy of any truck in its class.” (Ram.)
•
Will any of these differences really move the sales needle? Unlikely.

The automobile industry, the personal-computer industry, the beer industry and many other industries have serious brand-building problems because of a number of self-inflicted wounds.

How can you find a common product difference if you put your brand name on everything? For example, what’s a Chevrolet?
A Chevrolet is a Camaro, Caprice, Corvette, Cruze, Impala, Malibu, Sonic, Spark, Volt, Avalanche, Captiva Sport, Colorado, Equinox, Express/G van, Silverado, Suburban, Tahoe and Traverse.

“Chevy runs deep.” The only thing at Chevy that runs deep is its list of model names. No wonder the brand changed its slogan to “Find new roads.”

That makes sense. With all those models, Chevrolet needs new roads to drive them all on.

And what could Dell and Hewlett-Packard do to differentiate its products from Lenovo, Acer and Asus?

Compare Apple with Dell and Hewlett-Packard. First of all, Apple has four powerful brands: Macintosh, iPod, iPhone and iPad.

Dell and Hewlett-Packard are saddled with names that cover everything and mean nothing.

The Mac, the iPod, the iPhone and the iPad were each launched with radical differences that were eventually copied by their competitors. It didn’t matter.

The combination of a narrowly-focused brand name and a strong product difference created an emotional connection with consumers. In essence, the four brands were positioned in prospects’ minds as “high end” products.

Long-term, it’s never differentiation that matters. It’s pre-emption of a unique position in the mind. Let me repeat: The four Apple brands have pre-empted the high-end positions in their markets.

You might think this is obvious, but apparently not. Former Apple CEO John Sculley recently told Bloomberg TV that Apple “needs to adapt to where the growth is. It’s got to learn how to sell products that are priced for the price point that the emerging middle class in Asia, for example, can afford.”

That’s the road to disaster. The high price is the position of the brands. It’s what makes the Apple brands desirable to customers and prospects.

Recently Eric Asimov, the wine critic for The New York Times, wrote: “I could tell you to buy Champagne. It’s the greatest sparkling wine in the world, unmatched for its complexity, finesse and elegance. But with the occasional exception, the good stuff doesn’t come for less than $35 a bottle, and often it’s quite a bit more.”

(Wine industry maxim: Consumers drink the label, not the contents of the bottle.)

With a name like “Champagne” and a high price, the imported stuff from France is bound to taste better than Cava or Prosecco or American sparkling wine produced via the “Champagne method.”

Champagne has “pre-empted” the high-price position of the sparkling wine category.

When you study the history of a famous brand, you almost always find two things: Thanks to a unique difference, the brand was first in consumers’ minds in a new category.

But over the long term, as competitors entered the market, the difference evaporated. And decades later, the brand still dominates its market. In essence it has “pre-empted” a category.

Piaget was the first ultra-thin watch. But today, there are dozens of ultra-thin watches on the market, but Piaget is still the dominant brand in a category. Piaget has “pre-empted” the ultra-high end of the watch market.

Rolex and Piaget are like Absolut and Grey Goose. Both of the new vodka brands were introduced with a unique difference. The bottle that holds Absolut and the French wheat used to make Grey Goose.

The long-term goal of any brand is not to maintain a significant difference. As time passes, brands become more and more alike, except for one thing.