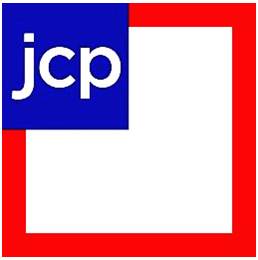 The most difficult job in marketing.

And J.C. Penney is the latest example. In the year since Ron Johnson introduced his new strategy for the brand, sales are down 25 percent, the stock is down 66 percent and the company has lost $985 million.

Once a brand is strongly established in the mind, it’s extremely difficult to change. And marketing history is filled with many such stories. Kodak is a typical example.

So what is J.C. Penney’s position in the mind? It’s a downscale brand with a focus o

So what did Johnson try to do?

Wait a minute! Walmart did try to move upscale with disastrous results. Back in 2005, Walmart started a high-fashion campaign with an 8-page advertisement in Vogue magazine. The company also hired a top executive from Target. Opened an office in Manhattan’s Fashion District and presented a fashion show in New York City.

By 2007, the move into high fashion was in trouble. “Fashion Faux Pas Hurts Walmart,” reported The Wall Street Journal. “Stacks of unsold clothing are clogging store aisles and pressuring profits.”

By 2008, Walmart had retrenched. “Walmart Shakes Up Apparel Unit; Layoffs Are Set,” reported The New York Times. “In a major revamping of its sluggish clothing business, Walmart Stores will shut two divisions at its headquarters in Arkansas, eliminate dozens of positions and move dozens more to New York City. This is the first time in years that Walmart, a company renowned for growth, has laid off a significant number of workers at its headquarters.”

“We came to the conclusion that if we make ordinary cars for the mass market,” said Mazda CEO Takashi Yamanouchi recently, “there is no reason for us to exist.”

So the company is moving upscale starting with the Mazda6 mid-sized sedan introduced in the U.S. market in January. At the car’s launch in Japan, Mazda’s global research & development chief used the term “Japan premium” for its brand positioning, comparing it with German luxury marques.

(I don’t foresee many car buyers saying, “Forget about BMW or Mercedes, let’s buy a Mazda.”)

What many marketers like Mazda forget is that marketing is a competitive sport. What you can or cannot do depends primarily on your competition, not on your competence. Sure, Mazda can make “premium” vehicles, but how in the world is the company going to communicate that position in the face of overwhelming competition?

Move over Ron Johnson, another CEO has outdone you in extravagant predictions.

You know it’s a big deal for Mercedes when they run a Super Bowl spot in February to introduce a new model that won’t be available until September.

“Here is the opportunity with one car to redefine the perception of the Mercedes-Benz brand,” said Steve Cannon, CEO of Mercedes-Benz USA. “People always put us up into this stratosphere. We are associated with the S class and heads of state.”

“We wanted to shock people,” he said. The price of the CLA, a sedan with coupe styling: $29,900. And that’s what the Super Bowl commercial proclaimed in big, bold numbers.

You can always sell a high-end product if you cut the price. But is this a good strategy in the long term?

Not if you are more interested in building a brand than in moving the merchandise. Long-term, nothing works better than building a strong brand that stands for something in the minds of consumers.

And a high price (along with the perception of high quality) is a particularly powerful position to own in consumers’ minds. Grey Goose in vodka. Louis Vuitton in fashion. Four Seasons in hotels.

What does Mercedes-Benz want to stand for? A high price is certainly part of the reason consumers buy Mercedes vehicles.

But Hyundai is thinking big. In 2008, the company introduced the Hyundai Genesis in the American market designed to compete with the BMW 5 Series and Mercedes E-Class. Starting prices: $38,000.

In 2010, the company introduced the Hyundai Equus designed to compete with the BMW 7 Series and Mercedes S-Class. Starting prices: $58,000.

How well have these two new additions to the Hyundai line done? Not very well, in my opinion. Last year Hyundai sold 33,973 Genesis models in the American market and 3,942 Equus models. Together, the two high-end models account for only 5.4 percent of Hyundai’s U.S. sales.

But there’s another way of looking at the situation. Compare Hyundai with Kia, its Korean cousin and a third owned by Hyundai. Kia also concentrates on the low end of the market, but the brand is doing better than Hyundai. Since 2008 (the year Hyundai introduced Genesis), Kia sales in the American market have increased 104 percent. Hyundai’s sales in the same period have increased only 75 percent.

In my opinion, Kia has a much better strategy than Hyundai and is likely to overtake its Korean cousin in the years ahead. Last year, Kia sold 557,599 vehicles in the American market, just 20.7 percent behind Hyundai. And Kia’s sales were up 14.9 percent from the previous year, compared with an increase of just 8.9 percent for Hyundai.

The world is constantly changing and what are most companies doing about it? They’re stretching their existing brands to cope with the changes.

A better approach is to keep your existing brand focused and then hammer the reason it was successful in the first place.

When P&G launches new products or new businesses, it often prefers to use line extensions. How else to explain Tide dry-cleaning establishments and Mr. Clean car washes?