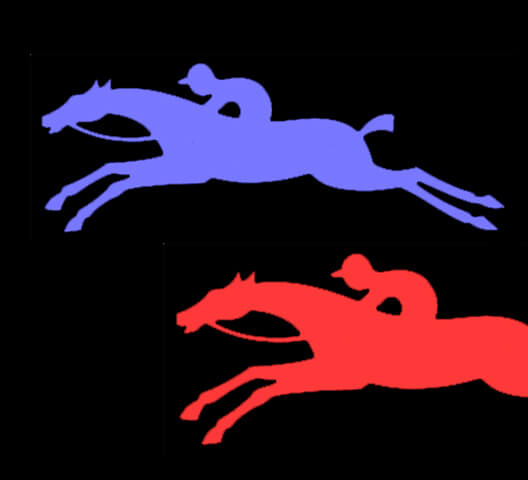 What to do if you’re not first.

Twenty years ago, Jack Trout and I wrote the book, The 22 Immutable Laws of Marketing. Law No.1: “It’s better to be first than it is to be better.”

While it’s better to be first than it is to be better, there are many occasions where that’s not possible. You must often must deal with an “also-ran” brand.

So what do you do if your brand is not first? There are four possibilities.

Every new category starts out with dozens, if not hundreds, of brands. There were some 300 brands of personal computers with names like Apple, AT&T, Atari, Burroughs, Dictaphone, Digital Equipment, Exxon, IBM, Lanier, Motorola, NCR, Xerox and Wang.

Why didn’t IBM go on to dominate the personal-computer category? Line extension, but that’s a subject I’ve already beaten to death.

Then there was Dell. I have no idea what went on in the mind of Michael Dell, but here is one way he could have looked at the situation. There were three things he could be sure of.

(a) One of these hundreds of personal-computer brands is going to become the market leader.

(b) Long-term, two brands will dominate the personal-computer market. Dell’s only opportunity is to become the No.2 brand. And what is the dominant characteristic of a No.2 brand? It’s going to be the opposite of the market leader.

(c) Since all of Dell’s competitors are being sold through retail channels, Dell could become the opposite of the market leader by selling direct. (First by phone and later by the Internet.)

And so Dell not only survived, but went on to become a strong No.2 brand and eventually even the market leader.

In almost every category, there are only two major brands.

• In smartphones, Samsung and Apple’s iPhone.
• In batteries, Duracell and Energizer.
• In cola, Coke and Pepsi.
• In toothpaste, Colgate and Crest.
• In ketchup, Heinz and Hunt’s.
• In auction houses, Sotheby’s and Christie’s.

Beware the marketing person who says, Our category is different. He or she could be right in the short-term and wrong in the long-term.

A category is like a layer cake with the frosting at the high end and a number of less-expensive layers at the low end.

The average category has three layers. One at the high end, one at the low end and one in the middle. If one of these layers is missing, there is an opportunity for a new brand.

Seldom is a layer missing in the middle. That’s the target most new brands try to exploit. The missing layers are normally at the top or at the bottom.

Too much marketing thinking is devoted to what a brand should stand for. That can come later. You first need to identify the missing layer you intend to occupy.

Whole Foods could have decided to open a high-end grocery store chain since there were none. Then asked itself, What characteristic would communicate that concept? The obvious answer: Organic food.

The energy drink category drew even more brands that the computer category. In just four years (from 2005 to 2008), there were 956 energy-drink brands launched in America. Red Bull was first and became the market leader. But what brand wound up in second place?

Monster, the first energy-drink brand in large-size cans. Together Red Bull and Monster have 78 percent of the energy-drink market, another example of duality.

What’s the No.1 brand of canned ice tea? You might think it was Lipton, but it’s not. It’s Arizona iced tea. These two brands have 75 percent of the canned iced-tea market, another example of duality.

What made Arizona the market leader? Packaging. It was the first brand in larger-size cans, 16 and 20 ounces.

Costco is another good example of “packaging” thinking? How can a low-margin product like groceries be sold at even lower prices? The answer, Sell in bulk.

But that wouldn’t be possible if a store stocked the 38,718 items carried in the average supermarket. So a typical Costco store stocks only about 4,000 items.

In spite of a strong trend toward “global” branding, we are actually seeing a rise in “country” branding. Every country has “attributes” that can be leveraged by individual brands.

Three years after Barilla was introduced in the American market in 1996, the brand became the No. 1 pasta in America.

Amazing, considering there were a quite a few well-known brands already in grocery stores: Ronzoni, Mueller’s, Creamette, San Giorgia, American Beauty, among others.

Barilla’s position, identified on every package: “Italy’s #1 pasta.” (Since changed to “Italy’s #1 brand of pasta,” since the pasta has always been produced in America.)

With the success of Barilla as an example, it’s strange that Fage didn’t position itself as “Greece’s #1 yogurt.”

At the high end, what attribute does Fiji water own?

And that’s enough to build a very successful brand. At my local supermarket, a liter of Fiji water sells for $2.19, the same price as Evian.

That’s good “layer” pricing strategy. If Fiji were selling for a much higher price, it would be the equivalent of trying to introduce a new layer. Ultra high-end layers don’t usually work. Look at Maybach, for example.

If Fiji were selling for a much lower price, the low price would undermine the power of the brand by moving it into a new layer.

So what should you do if you’re not first? There are a lot of alternate strategies that can work.