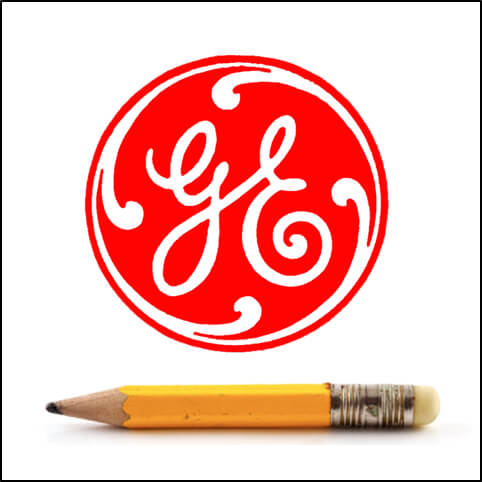 The better product always wins, and other myths.

It’s been my experience that most chief executives pay lip service to marketing and place their bets on innovation.

Sure, they approve modest marketing budgets because they might look foo

lish if they didn’t. But what really drives them is the conviction that “The better product always wins in the marketplace.”

If you believe that, marketing is an ego-building, waste of money. And deep-down, I think many CEOs do believe that marketing, and especially advertising, is an e

Years ago, when I was working at General Electric, the head of the transformer department waved a pencil at me and a few other advertising people and said, “I can get more business with this pencil than you can get with all your advertising this year.”

In other words, the only thing that mattered was the product and the price. The brand had nothing to do with selling something.

“Well, what about the product?”

Even marketing people often buy into the “product and price” philosophy. I can’t remember a presentation I have given that somebody in the audience doesn’t get up and say, “Well, what about the product?”

You can go down the list of hundreds of No.2 brands and ask the same question. Invariably consumers will give you the same answer.

No. That means the better product always wins in the marketplace.

Or does it? What is striking about going down the list of No.1 brands is another curious fact. Almost all of them were “first in the mind.”

Can that be true in spite of the fact that Fage had nine years of experience in the American market before Chobani was even introduced? And that Fage is owned by the company that makes the leading Greek yogurt brand in Greece?

(Be honest. Did you ever hear of Fage before the arrival of Chobani in the marketplace. I didn’t.)

To predict the future, pry into the past.

Sometimes you need to pry into the distant past. For 54 straight years, Columbia was the largest-selling bicycle brand in America. Then in 1898, Columbia decided to get into the emerging automobile business. The brand name they picked? Columbia, of course.

Initially, Columbia was very successful. It was the largest-selling automobile brand in the years 1898 and 1899.

(Line extensions often work in the short term, but not in the long term. IBM was the leading brand of personal computer for a number of years after its 1981 introduction of the IBM PC.)

Then in 1903, Locomobile decided to switch to gasoline internal-combustion engines. That made sense. Who wants to wait around until your vehicle builds up a full head of steam?

What didn’t make sense is the use of a steam-engine name (Locomobile) on a gasoline-engine vehicle.

Is there an electric car in your future?

After dominating the automobile industry for more than a century, the internal-combustion engine seems ready to retire.

And how did Wang cope with that change? They did what Locomobile did. They introduced the Wang personal computer which went nowhere.

Is there a Tesla in your future?

The rise of the hybrid strongly suggests the reign of the internal-combustion engine is coming to an end. But the major automobile makers are not coping well with the potential change.

Chevrolet, Ford, BMW, Nissan, Hyundai, Mini, Mitsubishi and others are developing electric vehicles and all of them are using their existing brand names.

It took someone from outside of the industry (Elon Musk) to develop electric vehicles with a new brand name: Tesla.

Will Tesla be the next big automotive success? I think so, but we’ll see.

But no. Here’s what former General Motors CEO Daniel Akerson said: “If you want to compete head-to-head with Tesla, and we ultimately will, you want to do it with a Cadillac.”

What’s the personal computer has taught us.

After the marketing smoke cleared away and the category settled down, which of these brands became the global market leader?

In the last 17 years (between 1996 and 2012), three companies have lead the global market for personal computers: Dell, Compaq and Hewlett-Packard.

Dell was a startup. Compaq was a startup. But what about Hewlett-Packard? A company that has been in business since 1939. A company with a sterling reputation for innovation. Doesn’t that prove that a big company can successfully move its brand into a new category?

I’m afraid not. For five years in a row, Compaq was the world’s leading personal-computer brand. Then in 2001, Hewlett-Packard bought Compaq. It was the combination of the two brands that led to Hewlett-Packard’s leadership.

The real issue in business today.

Literally millions of companies are trying to make progress in categories dominated by market leaders. And virtually all of them are counting on “better” products as the key to their success. While there’s always room for a No.2 brand, it’s the also-rans that face serious obstacles.

A much better strategy for an also-ran is to create a new category. But even that is difficult unless you take the next step.

Attach a new brand name to the new category.