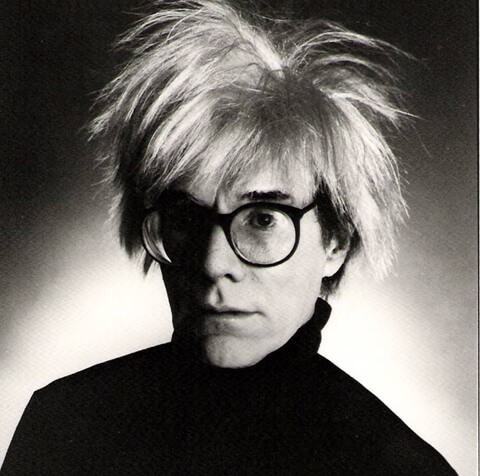 What the art market can teach us about branding.

At Christie’s recent post-war and contemporary-art sale, this black-and-white painting of a Coca-Cola bottle sold for $57.2 million.

ttle worth that kind of money? It was the brand, Andy Warhol. Not the painting.

Now suppose you were a company in the business of creating art and your major competitor was Andy Warhol. You might do what most companies do when they have to compete with a market leader.

Create a better product at a cheaper price.

You might decide to create a full-color painting of a Coca-Cola bottle and sell it for less than $57.2 million. And to include a complete Coca-Cola trademark instead of just a partial one.

A foolish idea, of course, but isn’t that what many companies do? Compete with a market leader with a better product at a cheaper price.

The value of a brand.

The art market teaches us how valuable a brand can be. And in the world of marketing, the value of brands continues to increase. Why is that so? Because as more and more products and services hit the market, consumers have less and less time to evaluate the merits of individual products. So they just go with the market leader, under the assumption the leading brand is the better product.

That’s exactly what is happening in the art market. Buyers buy brands, not art. The name on the lower right-hand corner of the picture is what’s important. Not the picture itself.

The value of fake art.

A significant percentage of artwork held by collectors or exhibited in museums is fake. How much is a fake Picasso worth?

The same amount as a genuine Picasso as long as nobody knows it’s a fake. The value of a painting lies primarily in the name of the painter (the brand), not in the painting.

On the other hand, a real Picasso is worth very little if everyone thinks it’s a fake.

How much is a fake dollar bill worth? The same amount as a real dollar bill as long as no one knows it’s a fake.

So, how do you become the next Picasso? The same way you build a powerful brand. Create a new category you can be first in.

The best way to become a world-famous artist is to create paintings that are recognized as a new category of art. Not just by creating a better painting.

Everybody knows Jackson Pollock, but who is the No.2 drip painter?

In the same way that it’s a lot from difficult for a No.2 or No.3 brand to get famous than it is for the pioneer in the category. Pepsi-Cola’s problems are more difficult than Coca-Cola’s.

Focus on the category, not the brand.

When launching a new brand, companies tend to focus on the brand and its benefits, rather than the new category.

Chobani could have focused exclusively on the fact that its yogurt is creamier and tastier than its competitors. (The mistake that Fage made.)

Instead, Chobani promoted itself as the Greek yogurt.

When I was running an advertising agency, Richard was our best art director. He made beautiful sketches used in creating layouts for client approval.

After the client approved a layout, we normally hired a photographer to take pictures for the finished ad.

One day Richard said to me, Why are you spending money for photography when you could use my beautiful drawings?

I didn’t have much of an answer, but shortly thereafter Richard quit to paint full time. In a few years, he became a leader in the school of art called “photorealism.”

In other words, paintings that are “better” than the photographs they were based on.

His full name? Richard Estes. Look him up. Many of his paintings have been sold on auction at Christie’s, one for $542,500.

I should have taken his advice.