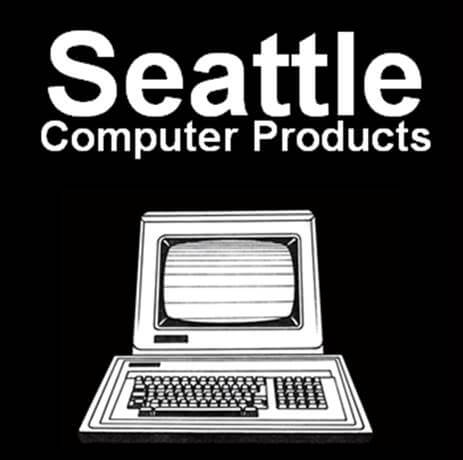 Big marketing mistakes are more likely than small ones.

Years ago, we got an inquiry from a company called “Seattle Computer Products.” With a name like that, I didn’t follow-up on the inquiry because I thought it was a local company in the Northwest.

As it turned out, Tim Patterson at Seattle Computer Products developed a 16-bit personal-computer operating system call QDOS (for Quick & Dirty Operating System) which he sold to Microsoft for $50,000.

Bill Gates used the QDOS operating system as the basis for MS-DOS which he licensed to IBM. This was the move that made Microso

ft the biggest software company in the world.

Seattle Computer Products should have done the same thing. License QDOS to Microsoft for a cut of future royalties.

Would we have recommend this strategy? I don’t know, but I have often regretted we didn’t pursue the company as a client.

Why are big marketing mistakes like these more likely than small ones? Because it’s hard to see the forest and easy to see the trees.

One of Tim Patterson’s partners might have argued for $75 thousand instead of $50 thousand. But it’s unlikely that anyone could have foreseen the ability of Bill Gates to turn QDOS into a goldmine.

The personal computer, a litany of marketing mistakes.

Take IBM. Instead of developing an operating system for the IBM 5150 (the first serious 16-bit business computer), the company licensed MS-DOS from Microsoft. The assumption being that money is made in hardware, not in software.

In the 23 years IBM marketed personal computers, the company lost a reported $15 billion. In 2005, IBM sold its PC division to Lenovo for $1.75 billion. (This year, IBM is also selling its server business to Lenovo.)

In my opinion, licensing the software from Microsoft wasn’t IBM’s biggest personal-computer mistake. It was using the IBM name on the product.

But the biggest computer mistake, in my opinion, was made by Digital Equipment Corporation. With the runaway success of its minicomputer, one might have thought DEC would have been the first company to launch a serious, business personal computer.

When Ken Olsen, Digital Equipment’s CEO, was told that IBM was developing a personal computer, he replied, Good, let IBM go first and then we’ll beat their specs.

IBM did go first and Digital Equipment followed shortly thereafter. Both were losers.

Does that surprise you? It shouldn’t. The big winners in almost every new category are usually startups like Microsoft, not established companies.

Doesn’t anyone learn from marketing history?

Dell became the world’s largest-selling personal-computer brand by focusing on one product (the personal computer), one market (the business market) and one distribution system (direct by phone and later by the Internet.)

So what did Dell do next? They did what most successful companies do. Line extend the brand. Dell got into the consumer market, the retail market, the MP-3 player market, the TV market, the smartphone market. All with the Dell name.

It didn’t work. And last year Dell sold itself to a consortium led by founder Michael Dell and private equity firm Silver Lake for $13.65 a share. Not a very good return for people who bought the stock back in 1999 for $45 a share.

What went wrong at Dell? According to The New York Times, “In previous public remarks, Mr. Dell has acknowledged that the company took too long to shift away from its sole dependence on the direct sale model.”

In my opinion, that’s a major marketing mistake. Dell had a powerful position selling personal computers direct to businesses. Why undermine that position by using the Dell brand to sell consumer products? When it could have launched a second brand for the consumer market.

That’s what Apple did, only in reverse. Apple was a consumer brand the day IBM launched the first “business” personal computer. So Apple jumped into the business market, but not with the Apple name.

Instead, Apple launched the Macintosh computer, the first of four brands that would make marketing history: (1) Macintosh, (2) iPod, (3) iPhone and (4) iPad.

Dell was taken private in a deal that valued the company at $24.4 billion. Today on the stock market, Apple is worth $569.4 billion.

So which company had the better marketing strategy?

The future belongs to multiple-brand companies like Apple, Procter & Gamble, Coca-Cola and many others. But do most chief executives believe that?

Take two single-brand companies with big reputations, IBM and General Electric. But revenues of both companies have not kept up with inflation.

If the IBM and GE brands are so valuable, one might have expected a little more growth.

When organic food became a big deal, every supermarket chain in the country added organic foods to their shelves. But none of the chains launched a second “organic” brand. It was an entrepreneur (John Mackey) who launched Whole Foods.

Oddly enough, one of the few big companies that did launch an Internet site with a new brand name was Digital Equipment. The site: AltaVista.Digital.com launched in 1995. (Apparently, they couldn’t resist adding “Digital” to the site’s name.)

Two years later, Digital was sold to Compaq which abandoned the streamlined search page and redesigned the site as a web portal, adding such features as email, directories, topic boards and comparison shopping. (The same mistake Yahoo made, leaving an opening for Google, a “pure search” site.)

There’s another thing about big marketing mistakes. They seldom get mentioned in the management media.

Did you ever read an article in BusinessWeek, Fortune or Forbes that criticized management for line-extending a brand name instead of launching a new brand?