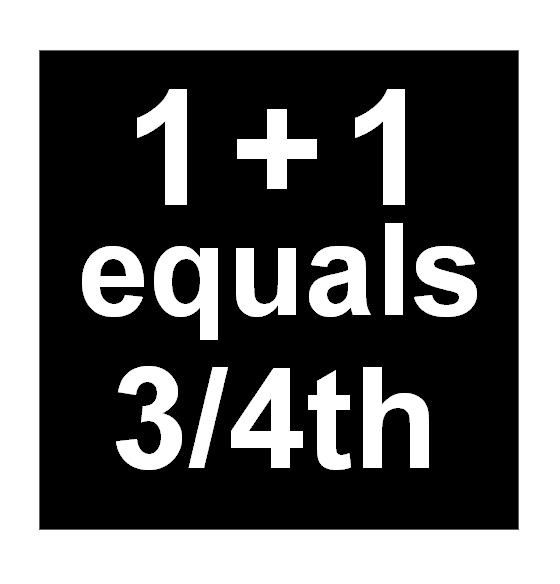 Years ago, Burger King had 12 different burgers on its menus while McDonald’s had only five. That means Burger King should have been selling a lot more burgers than McDonald’s. But it didn’t.

The average McDonald’s with five burgers outsold the average Burger King with 12 burgers by 50 percent.

That means the other major airlines should several times as profitable as Southwest, but they’re not. The four major airlines (Delta, American, United and U.S. Airways) went bankrupt. Southwest Airlines, on the other hand, has never had an unprofitable year in the 43 years it has been flying.

In the past eight years, the number of varieties of Listerine have tripled. That means Listerine should have substantially increased its share of the mouthwash business. But it didn’t.

In the past eight years, Listerine’s market share has fallen from 59 percent to 44 percent.

Before the launch of diet cola, nobody worried about the calories in a Coca-Cola. Now they do.

Diet Coke puts the cola drinker on the horns of a dilemma. Regular Coke has too many calories. Diet Coke doesn’t taste as good. So why drink either?

No wonder per-capita consumption of carbonated soft drinks in America has fallen 12 years in a row.

Suppose Monsanto or one of the other agricultural companies found a way to grow diet apples. Would that increase the sale of apples? I think not.

If a diet apple ever hit the market, you can be sure consumers would start to pay attention to the calories in an apple. (There are 95 calories in a typical apple and sugar accounts for 73 percent of those calories.)

In the mathematics of marketing, one apple plus one diet apple equals three-fourths of an apple.

When the Coca-Cola company faced a crisis over its use cocaine in a soft drink, what did it do?

Introduce two versions of Coca-Cola? One with cocaine and one without? Of course, not.

Coca-Cola should make the same decision today it made more than a hundred years ago.

Dropping its sugar colas would allow the company to run a marketing program with a real message: Coca-Cola, the real thing without the calories.

But sometimes companies do lead.

Being customer-focused, Subaru sold both two-wheel and four-wheel drive vehicles. By 1992, more than half of Subaru’s sales were two-wheel drive. But that year the company lost $250 million on sales of $1.5 billion.

So a new president was hired, George Muller. Would you believe, he decided to sell four-wheel-drive vehicles only?

A bold decision? Perhaps, but keep in mind that every other vehicle brand sold primarily two-wheel-drive vehicles. By focusing on four-wheel drive, Subaru would have an advantage it could promote.

McDonald’s, a chain in trouble.

According to CEO Don Thompson, the company has given itself 18 months to improve its brand identity, simplify its menu and become a “more trusted and respected” place to eat.

On its signs out front, the word “Hamburgers” was set in much larger type than the word “McDonald’s.

Today, the word “Hamburgers” has disappeared and McDonald’s menus have increased from 11 items to some 145 items.

If this wasn’t bad enough, another survey of 105 limited-service restaurants by the trade publication, Nation’s Restaurant News, ranked McDonald’s 104th, second from last.

The No.1 chain in both surveys was In-N-Out Burger. As its name suggests, In-N-Out Burger is focused on hamburgers. The only thing to eat besides burgers are French fries.

With its negative consumer ratings, what keeps McDonald’s revenues from collapsing?

Dominance. When your brand dominates the fast-food category with more than 13,000 units, your brand become the easy choice. “Let’s go to McDonald’s,” someone might say because it’s more than likely there will be one close by.

“Why are you gambling at this casino,” a man was once asked, “when everybody knows it’s crooked?”

The gambler replied: “It’s the only casino in town.”

For many villages and localities, McDonald’s is the only fast-food casino in town.

Line extension in the air.

So who pays these first-class fares? Very few customers. Most of the folks up front are “upgrades.”

You might think the financial community would applaud what Southwest was doing. But here’s what a prominent analyst said a few years ago: “Southwest may have to add international routes, charge passengers for assigned seating, operate red-eye overnight flights and buy more types of aircraft to better match supply and demand.”

How many Coca-Cola customers have ever said, What I really need is more than 16 flavors?