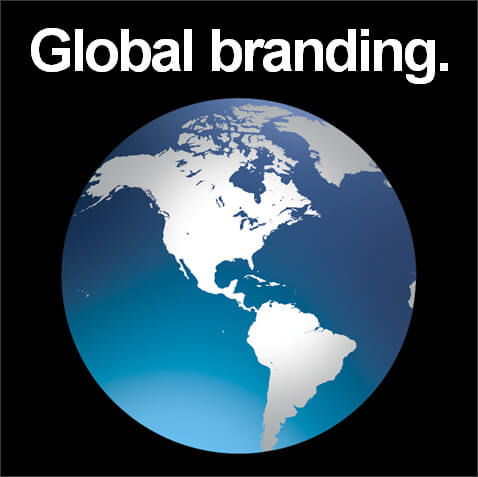 What’s the biggest change in marketing in the past 50 years?

You could make the case for the Internet. Or Big Data. Or mobile marketing. Or PR. Or celebrities. Or a number of other revolutionary developments.

But in our work as marketing consultants, we find the biggest change is the shift from national marketing to global marketing. Our clients are mostly focused on building global brands.

Problems can occur. Take the name of the brand. As long as a brand is a registered trademark in the countries you wish to do business in, you might assume everything is taken care of.

Not so. A name that works well in one country won’t necessarily work well in another country.

Take Kremlyovskaya, the No.1 vodka in Russia. Any vodka that is a leading brand in Russia should be a best seller on the global market. But it’s not. An English-speaking person cannot pronounce or spell a word like “Kremlyovskaya.”

English has become the second language of the world. Any brand designed for the global market needs to use a word English-speaking people can relate to.

Countries have positions, too.

Russia is known for vodka. It’s not surprising that Smirnoff was founded in Moscow in the 1860s.

Smirnoff isn’t an English word, but it is a word English-speaking people can easily use and pronounce. Thanks in part to its Russian connection, Smirnoff is the best-selling vodka and the best-selling distilled spirit in the world.

In many ways, a country’s position is even stronger and longer lasting than a brand’s position. When a brand is in sync with its country of origin, the brand has a much better chance of being successful on the global market.

With the right name, of course.

When it comes to names, companies have options. There is no supreme authority that determines what a brand’s name has to be. Companies can always use different names in different countries.

And how do you do that? You try to find English letters to replicate the sounds of the Russian name. Hence, Kremlyovskaya.

That might be logical, but that’s not good marketing thinking. Countries like Russia which uses the Cyrillic alphabet and China which uses a picture language have a marketing advantage. Almost nobody will notice if they ignore their phonic names and create new brand names that will work on the global market.

“Red Square” vodka would have been my name for Kremlyovskaya.

Every language has unique sounds.

Not so in China. In a half dozen visits to China, I still have no idea what a Chinese speaker is trying to say. Is he or she angry? Sad? Argumentative? Agreeable? Who knows? The Chinese language has many sounds no English speaker every uses.

Great Wall Motor, a leading Chinese automobile company, was planning on building a global brand with its SUV vehicle. The brand name in Chinese is 哈弗.  Initially, the sound of the name was translated into “Hover,” but that brand name could not be used globally because of trademark issues connected with the generic word “hovercraft.”

No problem. Instead of “Hover,” the company decided to use “Haval.”  Today, Great Wall’s Haval brand is the largest-selling SUV brand in the Chinese market.

Both “Hover” and “Haval” are easy for English-speaking people to pronounce and spell. But these are exceptions. The English translations of most Chinese brand names are not going to work on the global market.

Take Snow beer, the largest-selling Chinese beer brand. The name is easy to pronounce, but its connotations are wrong.

Tsingtao, the second largest-selling Chinese beer, is a difficult brand name to pronounce and spell, one reason its distribution in America is primarily limited to Chinese restaurants.

If they want to be big successes on the global market, both brands could use different names.

Germany is known for beer.

The largest-selling beer brand in Germany should be a global best seller. But it’s not.

Warsteiner? How could a German brand name starting with “War” become a best-selling global brand? Unlikely.

Why not give the brand a different name on the global market that it has on the domestic market?

Albania in Albania is “Shqipëia.

Austria in Austria is “Österreich.”

Hungary in Hungary is “Magyarország.”

Poland in Poland is “Polska.”

Spain in Spain is “España.”

Sweden in Sweden is “Sverige.”

Turkey in Turkey is “Tükiye.”

Names can be persuasive.

Consumers assume names have literal meanings. When a motorist sees a sign that says “Lakeview Drive,” the motorist assumes that somewhere on that road is a view of a lake.

Marketing people can take advantage of the consumer’s inherent belief in the truthfulness of a name. “Otherwise, why would they have called it Lakeview Drive?”

But the meaning of a name can change depending on the language involved. So in building global brands, you need to make sure your name works in the language of the countries you plan to do business in.

Many corporate executives have an emotional attachment to the names of their brands and hate changing them. In particular, we have had many discussions with Chinese companies over the need to modify their names to make them more effective on the global market.

But changing a name is a difficult decision for many executives. After one frustrating meeting on this subject, the head of our Shanghai affiliate said to me, “By the way, did you know the name of our country is not China?”