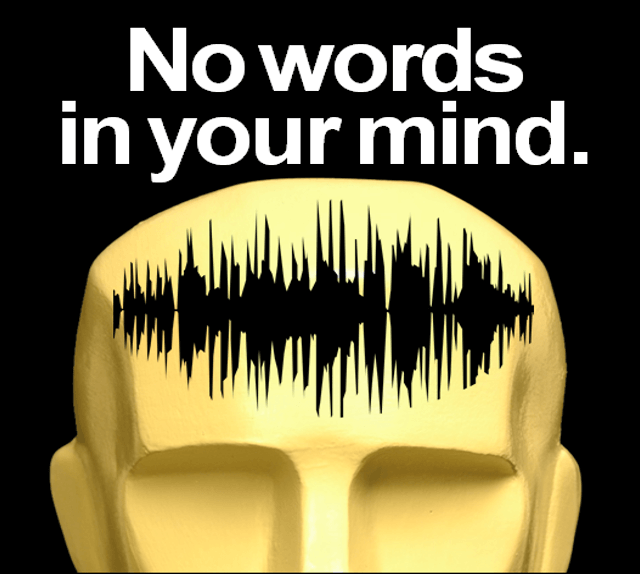 Yet, there are no words in your mind. There are only sounds.

Watch a child learning to read. They will often move their lips. Why is that? Because they are translating the words they are trying to read into sounds they can understand.

But they still convert words into sounds in order to understand them. That’s why it takes time for a printed word to be understood.

That doesn’t sound like much, but if our stoplights were verbal instead of visual, you could expect even more carnage on our highways.

(Your right brain recognizes visual symbols without needing verbal translations. That’s why you can react quickly when a stoplight changes color.)

Your mind has some 100 billion neurons.

Each neuron has an axon that branches out to carry electrochemical signals to other neurons. That allows a mind to establish hundreds of billions of connections between neurons.

Sounds that are related to each other apparently establish connections in minds. That’s why rhyme and other memory-enhancing techniques can greatly increase the memorability of a slogan or a brand name.

But do companies recognize the critical importance of “sounds” in the formulation of their company or brand names or their advertising messages? Apparently not.

There are 30 Major League baseball teams. But only four of these teams use an alliterative name: New York Yankees, Chicago Clubs, Philadelphia Phillies and Pittsburgh Pirates.

Advertisers often make the same mistake. Marketing managers will evaluate potential brand names or advertising slogans by writing them on flip charts or presenting them in PowerPoint slides. Or distributing them in memos or emails.

All in print, of course.

Marketing managers are so used to working in print they often forget about the sounds their brand names or slogans might convey.

There are five techniques to increase the memorability of advertising slogans: (1) Rhyme. (2) Alliteration. (3) Repetition. (4) Reversal. (5) Double-entendre.

By now, you might think companies and their advertising agencies would be wise to these techniques. But it’s surprising how few slogans use any of five.

In a survey taken last month of 1,061 advertising slogans, only 175 slogans, or 16 percent, used any one of the five. And many of these uses were trivial.

Yet marketing history is filled with powerful slogans using the five memory-enhancing techniques. Here are some examples.

In the American market, the leading coffee brand used to be Maxwell House. The brand even had a clever slogan, Good to the last drop. (In 1999, Advertising Age ranked it as the sixth-best advertising slogan of the 20th century.)

Today, the leading coffee brand is Folgers and not Maxwell House. Folgers’ memorable slogan: The best part of waking up is Folgers in your cup.

Why breakfast when coffee is consumed all day long? One reason is that “waking up” rhymes with “cup.”

But there’s another reason, too. You generally need something specific to create a memorable slogan. And the best way to create a specific benefit is by “narrowing your focus.”

Folgers did that by narrowing its focus to breakfast.

In the 1920s, Mather & Crowther, a London advertising agency, was hired to promote apples. The agency lives on today as Ogilvy & Mather and the apple slogan they created is just as famous as the agency.

An apple a day keeps the doctor away.

One uses rhymes. The other does not.

M&Ms is the leading candy brand in America, thanks in part to an alliterative slogan that also communicates a key attribute: M&Ms melt in your mouth . . . not in your hands.

Again, narrowing the focus to a single benefit (doesn’t melt in your hand like a chocolate bar) allowed the brand to create a memorable slogan.

And many of our most-famous brand names owe part of their success to alliteration: Coca-Cola, Dirt Devil, Dunkin’ Donuts, Mickey Mouse, PayPal, Range Rover and many others.

Years ago, Federal Express tried to compete in the air-cargo business with market leader Emery Air Freight by cutting prices. That didn’t work. FedEx (the current name of the company) lost millions of dollars.

Then FedEx narrowed its focus to “overnight” service. They could have said, “The overnight air-cargo carrier,” but they didn’t.

Instead, they used a slogan that made FedEx the market leader: When it absolutely, positively has to be there overnight,

(Today FedEx is a global air-cargo carrier with $47 billion in annual revenues, second in size only to United Parcel Service.)

In between the two years, Frank Perdue was the spokesperson for the brand. His bald head and big nose made people think he looked like a chicken. Purdue’s slogan It takes a tough man to make a tender chicken.

“My chickens eat better than you do,” he told consumers in some of the 200 different television commercials he appeared in.

What slogan did Advertising Age rank as the top slogan of the 20th century?

A diamond is forever, the slogan of The De Beers Group of Companies, and first used in 1938.

A diamond is the hardest substance on earth and should last forever. A diamond ring is the symbol of a love that could last forever, too. A double-entendre that creates an emotional bond with consumers.

In an era where advertisers change their slogans every year, the longevity of the De Beers slogan is remarkable. It’s still used today, even though it’s now 78 years old.

As the De Beers slogan illustrates, double-entendre is perhaps the most-powerful memory-enhancing technique you can use. The two different meanings oscillate in consumers’ minds, creating memories that are hard to forget.

By using one of these five memory-enhancing techniques, you can create a slogan that could last forever, too.