What is driving the iPhone hype?

Click here to read the follow-up to my iPhone predictions written on July 24, 2008.

At this point, I don’t think anybody could live up to the incredible hype the iPhone has received, even Jesus. But the more interesting question is:

What is driving this unprecedented hype?

Steve Jobs is a master salesman. But what has really fueled the iPhone hype is the success of the iPod.

iPod is the most revolutionary product of the 21st century; it built the digital music category and dominates it with 70% of the market. 100 million iPods have been sold and iTunes has sold over 2.5 billion songs.

The hype and intense media, consumer and Wall Street excitement comes from the impression that the iPhone will become another iPod (it even has a similar name.) And that Jobs will do in phones (a market 4 times the size of music players) what he did in music. In other words, he came, he saw, he conquered.

The problem stems from the fact that the iPod and the iPhone are drastically different products despite the similar name.

The iPod is a divergence product. It does one thing extremely well: plays music.

iPod was the first hard-drive music player in the mind. It could hold thousands of songs versus all the other MP3 players that could only a couple of CDs. iPod was different, unique and brilliant. It also took off slowly. Initial reaction was lukewarm at best.

But truly revolutionary ideas always take off slowly. People don’t change overnight. It has taken years for photography to go digital, or for people to fuel up with Red Bull or Starbucks.

Smaller companies are actually more successful at building new categories because they have the determination and patience to focus and use PR instead of advertising. On the other hand, big companies usually ignore these small markets until it is too late to get in.

Red Bull was on the market for 13 years before Coca-Cola introduced its own energy drink, a me-too product called KMX which fizzled quickly. It took Red Bull over ten years to reach $100 million but last year it was a $3.4 billion dollar business.

The iPhone is the opposite of the iPod. The iPhone is a convergence product. It tires to combine multiple functions into one device. It is also nothing new. There have been many convergence devices in the past and all have been failures. Including: ROKR, N-Gage and the Nokia Communicator.

Convergence products capture the imagination of the media and public but the devices can never deliver on their promise of nirvana because all convergence devices are doomed by compromise.

In order to produce an all-in-one device, the device has to make compromises: battery life is short, the device is difficult to use, it is too large and it is too expensive.

The iPhone will likely have problems with all these things. If you are watching movies, surfing the internet, checking email, listening to music and making phone calls, how long do you think even the best battery could last?

The most troubling aspect of the iPhone is the touch screen keyboard. The touch screen is a compromise in order to have the screen as large as possible. In general, people like to feel a keyboard and the technology is complex. Even Jobs admits it will take people time to get used to it.

It is also worrisome that no one has really been able to try it yet (could there be problems?) Talk is that the product was rushed to market and announced at MacWorld before it was actually debugged and ready. 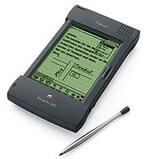 The iPhone reminds me of another over-hyped Apple convergence product: The Newton from 1993. The product was launched after the success of the Macintosh and received enormous hype.

John Sculley called it a complete reinvention of personal computing. The key function being its handwriting recognition technology.

But the handwriting recognition had major problems from the start. News story after story told of the funny and mistaken translations the device made.

I think the iPhone could face the same problem, as consumers have difficulty with the touch-screen keyboard. Hitting one key to play a song is one thing, typing out multiple emails on a touch-screen is another. I have enough trouble getting money out of the ATM with a touch screen. I don’t think consumers will necessarily welcome this technology for a keyboard.

At this point massive advertising for the iPhone is not only unnecessary but looks desperate. Why does Apple have to advertise a product that is not available yet and already has widespread recognition? Perhaps Apple is nervous?

The ads themselves are not simple or elegant. They look like a desperate attempt to try and justify the hype and explain the product. All the product demonstration in the ad does is to show how truly complex the iPhone is. Not a good thing. Simplicity sells. Complexity scares.

The iPod advertising is perhaps one of the greatest ad campaigns of all time. The simplicity of showing the white ear buds and the “iPod” name is pure brilliance. It does what great advertising should do: Reinforces the brand in the mind.

Apple has brought us many revolutionary products over the years from the Apple II to the Macintosh to the iPod. Unfortunately, I don’t think the iPhone will be one of them.