Tiger is the man, but still gets canned 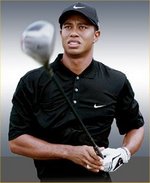 Tiger Woods is the man. As an athlete, a role-model and an endorser, nobody can come close to his perfection. Tiger is young, articulate, attractive, charismatic, clean-cut, family-oriented, scandal-free and, don’t let me forget, he wins a lot of golf tournaments.

Tiger is the first athlete in history to bank $100 million in a year, a feat which earned him the #2 spot on the Forbes Celebrity 100 list last year. Right behind Oprah and just ahead of Madonna. Tiger was the only athlete who made the top ten.

So why did Buick and now American Express slice their endorsement deals with the star? Just because he is the man doesn’t mean that Tiger makes sense or is worth the price of endorsement for every brand.

Endorsing the Buick brand makes no sense at all for Tiger. There was just no believability that Tiger was dying to drive a Buick. And without believability a celebrity endorsement is worthless.

The personalities of Buick and Tiger went together like oil and water. Buick is an older person’s car (Tiger is less than half the age of the average Buick buyer.) Tiger is young, very cool and at the top of his game.

And here is the killer. Sticking Tiger on Buick for the past 10 years has done absolutely nothing for the brand. Year to date sales at Buick dropped 28%, making it the weakest of GM’s original 5 brands. (Tiger will now promote OnStar for GM.)

Sure, without Tiger, Buick could have been doing worse but at least GM would have had $40 million plus in the bank.

In terms of believability, the opposite is true of Tiger’s endorsement deal with American Express. There is extreme credibility that a man like Tiger Woods is a card-carrying American Express customer.

Anyone can easily imagine Tiger charging up exotic vacations, pricy jewelry, fancy meals and designer duds with a black AmEx card. What they can’t see is Tiger going to the grocery store and getting milk, Wonder bread and baby formula then swiping an American Express card.

American Express has not used Tiger to reinforce the brand’s dominance as the top high-end credit-card brand in the world. What they have been doing is trying to move the brand downscale to the mass market.

Tiger is at the top, you can’t move him down. He’s not like everybody else. There is no believability in making Tiger an average guy. Yet here is what an American Express vice president said about the company’s decision to cut Tiger Woods: the company was looking “to build a broader base of consumer experiences.”

In other words, we got the rich people, now we want to go after everyone else. Problem is Visa already has everybody else. By moving the brand downscale, American Express risks losing its bread and butter.

Tiger’s dance card is full. Nike has bought all the dances. Tiger has been with Nike since 1996, the year he went pro. The $600 million Nike Golf brand has been built on the shoulders of Tiger. The two are synonymous. It wouldn’t be Sunday at the Masters without Tiger wearing a Nike red shirt and a Nike swoosh hat.

It goes even further than that. Tiger always wears Nike, even when pitching products from other sponsors including American Express, Accenture and Buick. This is unheard of in celebrity endorsements but works in this case because it is so naturally to see Tiger in Nike. Other companies put up with it since they all want Tiger.

Nike has built its brand on celebrity endorsements both big and small. The essence of the brand is its association with top athletes.

Michael Jordan is the father all of endorsers, but it was his deal and his relationship with Nike that made him one of the greatest endorsers of all time. On the other hand, his work with Rayovac batteries, Ballpark franks or Hanes underwear was more embarrassing than effective.

Now that Michael Vick has gone to the dogs, Nike will be looking to Tiger even more.

It all depends. The right celebrity, at the right time, for the right brand at the right price is fantastic. But using a celebrity who has no believability with your brand is money down the drain.

The first thing to remember is that a celebrity is never a replacement for an idea. People might talk about the celebrity but that rarely translates into much for the brand unless there is such a strong tie like the one Tiger has with Nike.

What makes a brand successful is owning a word in the mind. Paying Tiger Woods or anyone else millions of dollars is not a replacement for that.

The second thing to remember is celebrity endorsements only work when the consumer has a credible belief that the celebrity would be interested in buying and using the product or service despite being paid to do so. If not, your money is wasted. Something Buick recently realized.

What is truly amazing and important about today’s news that American Express dumped Tiger is that even the best athlete and endorser in the world can’t score for any brand. And despite all the data, Tiger is likely to pick up plenty more endorsements deals in the years to come. Maybe Hanes underwear or Rayovac batteries?