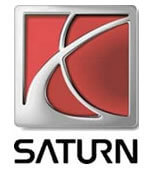 Rethink excess? America is all about excess. From huge gas guzzling SUV’s, trucks and Hummers to huge supersized meals and waistlines, excess seems to be the American motto.

Why should we rethink American anyway? What is the advantage or reason? It is the fundamental question never addressed in the advertising or with the brand.

It is not that consumers necessarily prefer Japanese, German or Korean cars. It is that consumers prefer brands. And branding is something that American car makers have not been particularly good at recently.

What is a Saturn today? Who knows.

At the beginning things were different.

Saturn was born in 1990 as a different kind of car from a different car company but it turned out to be just like every other car company, selling things to everybody.

It is the fundamental problem in business today. After finding success with a narrow focus, the first thing companies want to do is expand the brand which only serves to undermine the meaning and power of the brand in the mind of the consumer.

The one model, no haggle sales approach was killer. And the folksy ads from Pulicis & Hal Riney cemented Saturn as “a different kind of car company” in the mind.

In 1994, just four years after its introduction, Saturn hit its high-water mark, selling 286,003 cars. That year, the average Saturn dealer sold more vehicles than the average of any other brand.

“Saturn spirit” was in full bloom. 1994 was also the year 44,000 owners and families attended a “homecoming” at the Saturn plant in Spring Hill, Tennessee.

In the March 9, 1998 issue of Automotive News, Charles Child, news editor, said: “GM has to bit the bullet and let Saturn spread its wings. That is, give Saturn a full line of cars and light trucks as soon as practical.” (They should have cut Saturn’s wings!)

In its high-water year, Saturn had 16 percent of the “small” or compact car category and was number two behind the Ford Escort.

Sixteen percent is not exactly the lion’s share of a category. Instead of spending millions of dollars developing a larger Saturn and a sport-utility vehicle, I would have spent the money improving the basic S series model in order to capture some of the 84 percent of the small car market that Saturn didn’t own. So much for my advice.

Despite the poor sales results, Goodby’s work won lots of advertising awards and accolades and did plenty to reaffirm the shop as one of America’s premiere creative agencies. But it did nothing for the Saturn brand.

Creative just to be creative. Goodby’s sheet metal spot showed people exhibiting driving behavior without the cars was one of the worst car ads ever. A car ad that doesn’t show the car! Tagline: People first. What does Chevrolet put cows first?

Saturn once stood for being “different” but by expanding its lineup into larger and more expensive cars along with the invasion of other more focused entry level car brands like Scion, Hyundai and Kia has left Saturn in the mushy middle.

When you expand your brand you risk losing your core position and that is exactly what has happened at Saturn. Today’s kids don’t see Saturn as cool or different.

General Motors hired Robert Lutz to put pizzazz into the design and function of GM cars. And he has. There’s nothing wrong with the cars. It’s the branding that’s all wrong.

When GM had half of the U.S. automobile market, it also had a finely tuned branding strategy. Chevrolet was their entry level car. And then you moved up the ladder to Pontiac, Oldsmobile, Buick and Cadillac.

Except for Cadillac, today’s GM branding ladder goes nowhere. Moving from Saturn to Chevrolet to Pontiac to Buick is essentially a sideways move. The four brands are all competing with the same portfolio of cars.

What is GM’s entry level car? Saturn or Chevrolet? The answer is both. Not a good strategy.

Al was invited to visit Buick where he was taken through the design studio. “What are they doing over there?” he asked.

The sad part is that Saturn started with a fresh slate in 1990 and built a powerful brand. Had GM not killed Saturn with expansion, it could have continued that success to today and beyond. Fixing Saturn now will be tough.