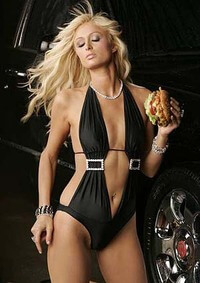 From Miller’s catfight to Carl’s Jr.’s Hilton wash down to Hardee’s teacher dance to the Folsom Street Fair’s sadomasochistic last supper there is an escalating use of gratuitous sex in advertising.

We have all heard the saying: Sex Sells. But today’s advertisers are using it more often to sell things not even remotely sexual like hamburgers.

So why are more ads pushing the limits of taste and morality? The answer is simple, to get our attention.

There is way too much advertising today. To break through the clutter, advertising agencies use shocking, sexual and outrageous ads to attract attention, generate buzz and create controversy.

But controversy generated by running ads that are over the top with tasteless and nearly pornographic images does not help a brand. 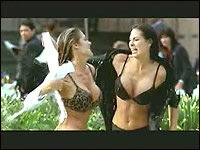 Forget the fact that many people are insulted and disgusted by the ads. Because the truth is, the target market of 18 to 24-year-old males usually loves the ads and even talks about and remembers the ads. The problem is most of time they don’t remember the product advertised. It is an overwhelming problem.

Loving the ads and buying the product are two totally different things. For advertising to be effective it has to reinforce a brand’s core value not just get attention.

(Note: In 1997 Hardee’s was bought by CKE Restaurants, the owner of Carl’s Jr. The two chains now share the same logo, the same menu and the same advertising campaign under different names. Hardee’s restaurants are located primarily on the east coast of the U.S. and Carl’s Jr. on the west coast.)

Their latest hamburger ad has a “hot for teacher” girl dancing and grabbing her rear end while the boys go wild and the club music blares. And who could forget the chain’s previous campaign which showed Paris Hilton soaping down a car in a sexy bathing suit while eating a hamburger? I’m not sure which was less believable: Paris washing her own car or Paris eating a 1,000-calorie fast-food hamburger.

The advertisements certainly succeeded in getting the attention of young men, but after seeing the ads it is not burgers they were likely hungry for. The images whet their appetites for something totally different.

Advertising needs not only to grab your attention but also to communicate a message. Too much sex or entertainment or even celebrities can get in the way of delivering the message.

Sometimes sex is an integral part of the product and its message. Products like perfume, condoms or erectile dysfunction drugs, for example. In these cases, sex certainly has a legitimate role to play in the advertising. In fact the latest Viagra ads could use a little more sex and a lot less men singing together a bad Elvis cover.

Hardee’s actually has a very powerful, controversial brand and message. They launched the Thickburger, a premium, 100% beef burger. Hardee’s owns taste and gluttony in fast-food burgers.

The Monster Thickburger at 1,420 Kcal and 107 grams of fat makes no apologies. While McDonald’s is pushing salads and promoting health, Hardee’s is doing the opposite. Good brand strategy. Lousy diet strategy.

This type of controversy builds the brand and gives them a strong position with young males. Forget the wimpy burgers from the other places, eat our 100% man burger.

“Not a burger for tree huggers” said Hardee’s CEO while interviewed on a recent news program. The Monster Thickburger has gotten monster PR attention.

Sales have risen at Hardee’s but not because of Paris soaping herself up or any of the other racy ads. Sales have risen because the brand has done a good job with the Thickburger.

Just think if they used their ad dollars more effectively and reinforced the Thickburger position instead of just arousing young men.

Miller’s Cat Fight ad was one of the raciest, talked-about commercials ever. It received a lot of praise and attention from young men, who liked the babes but didn’t go for the beer.
What builds a brand is standing for an idea in the mind. A simple, unique perhaps even controversial idea. What makes a powerful ad is reinforcing that idea in the mind.

Does sex sell? You bet, it sells sex. It just doesn’t sell hamburgers.