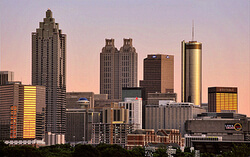 Finally the silly slogan for my hometown of Atlanta “Every day is an opening day” has been benched.

Since October 2005 when it was launched, I have been critical of the slogan. Not only is it a generic, meaningless idea, but a better idea is already out there in the hearts of minds of consumers. An idea that is powerful, credible and motivating. Ignoring this idea, which has the potential to become one of the greatest city slogans of all-time, is a marketing crime.

Summarizing the attributes of a city/state/country brand with one word or phrase is extremely difficult. Unlike a toothpaste, soft drink or an automobile, places have an incredible amount of diversity.

Volvo is safe. Coke is the real thing. Crest fights cavities. But what is Atlanta? A southern metropolitan city with a variety of leading industries? Not exactly catchy.

Furthermore, it’s a slogan that could be said of any city with a sports team or a new attraction that recently opened. The mission of a slogan is not just to define your brand, but more importantly to differentiate it from other brands.

One way to test the differentiation factor is to reverse the slogan and pin it on the brand’s major competitor. Does it make sense? Could it define another brand? If not, then the slogan is just plain puffery that is likely to be ignored.

• Target is the place for cheap chic because Wal-Mart is cheap but not fashionable.

• Pepsi is the choice of a new generation because your parents drank Coca-Cola.

Most place slogans would be ridiculous in reverse:

• “Incredible India.” India is incredible because Pakistan is not credible?

• Guatemala: “Soul of the Earth.” Guatemala has a soul because Mexico is soulless?

• Atlanta: “Everyday is an opening day.” Atlanta is open every day because Miami is closed?

What? I’m not kidding the city will spend $30 million on advertising to tell the world “This is New York City.” As opposed to “This is not Boston, unless the Red Socks Win” a long running campaign of its neighboring city to the north.

“This is New York City” is not powerful, memorable or unique. It doesn’t say anything about the city that distinguishes it from any other city. You could easily substitute any city name in the world into the campaign. Paris, London, Rome, San Francisco or even Atlanta.

New York City is the most exciting city in the world. You are at the center of it all when you visit there. Wall Street, Broadway, Fifth Avenue, Madison Avenue, Times Square. It is home of the financial, media, theatrical and fashion centers of the world.

New York needs a verbalization that reinforces that idea in the mind. The reason to visit New York is because it is the Big Apple. The biggest most exciting city in the world.

One of the best city slogans in recent years is the Las Vegas campaign “What happens here stays here.” Brilliant! In reverse, “What happens at home doesn’t stay at home” is equally as true. Las Vegas has an annual budget of $86 million and it is money well spent.

The idea Atlanta should use would be difficult to sell because it has been around for a long time. It isn’t new, original or creative. After paying an advertising agency millions of dollars, city leaders would likely laugh if the agency came back with an old slogan it wanted to refurbish.

Advertising agencies are focused on creativity, the new and different. Creativity might be good for winning a Gold Lion at Cannes, but it is not necessarily the best way to build a brand.

How should Atlanta be positioned? Let’s look at some of the facts.

• According to the Federal Aviation Administration, Atlanta’s Hartsfield-Jackson airport is the nation’s busiest.

• According to the U.S. Census Bureau, Atlanta had 72,861 private housing starts in 2005, the highest of any metropolitan area in the U.S.

• According to Nielsen Media Research, Atlanta is the fastest-growing TV market.

• According to the travel discount site Hotwire.com, Atlanta has the best “travel-value index” of the 50 most-visited places in the U.S.

When we arrived in the city back in 1997, a friend called us and his first words were “Welcome to Hot-lanta.”

In addition to all the great things about the city, it sometimes runs over 100 high-and-sticky degrees in the summertime. And sometimes the traffic is terrible because of the rapid growth the city has experienced. But these negatives are worth having if it means no snow in the winter, lots of high paying jobs and an abundance of recreational activities.

One of the silliest rationales for not using the slogan “Hot-lanta” is that city leaders are afraid to remind people how hot it is. What? It would be like ignoring the rain in Seattle, the fog in San Francisco or the gridlock in New York. The best way to deal with a negative is to turn it into a positive.

• Listerine: The taste you hate twice a day.

• With a name like Smuckers, it has to be good.

“Hot-lanta,” is a slogan that deals with the negative and turns it into a positive. It is the hottest growing metro area in the country. Who doesn’t want to live in the hot place, eat at the hot restaurant or work at the hot company? Sure, not everybody likes hot. Some people prefer northern Wisconsin because it’s cold and almost completely devoid of people. (Local joke: Wisconsin has three seasons: July, August and winter.)

Building a brand requires sacrifice. You give up the isolation and the snowmobiling to live in Hot-lanta.

For me and millions of others Hot-lantans, it is worth it.