The Good, the Bad and the Smelly 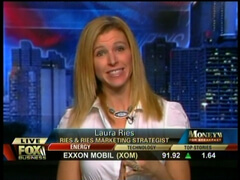 The past two days I have been up early to appear on Fox Business’ “Money for Breakfast” to count down my top 5 line extension winners and losers of 2007 or “The Good, the Bad and the Smelly” as I refer to them. I’ll start today with the losers and follow-up later this week with the winners.

What is a line extension?

A line extension is taking a brand name in one category and using the same brand name in another category. Scott used to be just a toilet paper. The number-one brand in fact. Today Scott is into everything:

Are different flavors a line extension?

Line extensions are sometime confused with flavors and varieties. Vanilla Coke is a flavor and Diet Coke is a line extension. There are lots of varieties of Tostitos chips. But Tostitos salsa is a line-extension.

Why do companies line-extended in the first place?

It’s the cheapest way to introduce a new product. You don’t have to spend millions of dollars on advertising establishing your brand’s credibility because everybody already knows your brand name. That’s why 90% of new supermarket brands are line extensions.

Unfortunately most new brands fail. It is especially confusing when you have the same brand name in two different categories. And long term, line extension it can damage the core brand by undermining its meaning in the mind.

But if they didn’t line extend how would companies ever grow?

Instead of always thinking how to line extend, companies should think more about launching second brands. Many line extensions represent a missed opportunity. Toyota could have sold many expensive Toyotas, but they would have missed an opportunity to launch the Lexus brand which today dominates the expensive car category. Lexus is much more valuable than the sales that might have been generated by an expensive Toyota model. 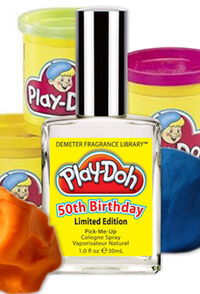 Hasbro says the fragrance is “meant for highly-creative people, who seek a whimsical scent reminiscent of their childhood.”

Play-Doh does have a unique and different smell, but I doubt too many adults want to smell like Play-Doh. Kids play with the stuff despite the bad smell, not because of it.

What is next Eau de Huggies? 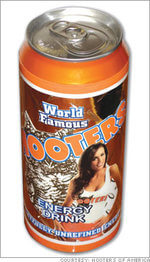 Hooters is known for boobs and chicken. The brand has no credibility in energy.

Just because everybody is doing it is not a good excuse to launch a line extension. Today there are hundreds of energy drinks. In order to succeed, you need be first in the mind and have a good name. Hooters has neither. 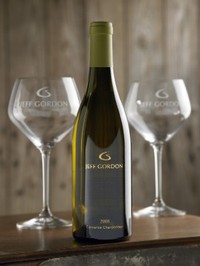 Don’t the wine makers attend any NASCAR races? I have been to several since moving down to Atlanta. And while I have seen a lot of beer consumed, I have never seen a glass of fine wine consumed. Wine and NASCAR go together like water and motor oil. 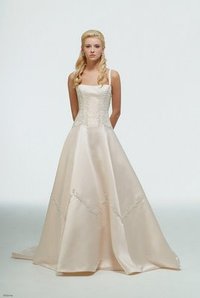 As a wedding destination Disney has had some success. Disney World is a great place to visit, and many weddings are part family reunion these days so in some ways a Disney wedding makes sense. I have been to a wedding at Disney, but having Mickey Mouse and Goofy characters dancing with the guests is not my cup of tea.

I just went to a Cinderella party for a three year old. And while little girls loved to dress up as Cinderella, I don’t think 25-year-old really girls do. Not too many brides want to look like a cartoon character on their wedding day. Looking like Princess Diana is one thing, a Disney Princess is quite another. A G-rated wedding night is not a fairy tail ending. 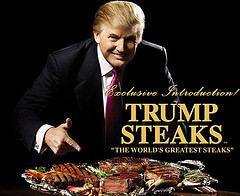 Trump is the most line-extended brand in America today. The Trump extensions are novelty items. They might sell a few in the short term, but long term Trump Vodka/Rugs/Water will never be a big deal.

Of course, all Trump extensions are licensed. So Trump doesn’t stand to lose any money on these deals, he just gets a cut if they sell. Which, in the case of most of these won’t amount to much.