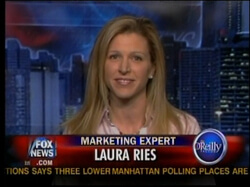 It goes without saying that watching the 2008 Super Bowl football game was a lot more exciting than watching the 2008 Super Bowl advertising contest. The game was fantastic, the ads were not. If the writers weren’t still on strike, you might have assumed the game was scripted by Hollywood. Unfortunately the ads displayed far less talent; most failed to score many points with viewers. It was a year of playing it safe and sticking to old Super Bowl ad clichés.

The problem with most Super Bowl advertisements is that the agency starts with a clean sheet of paper. They sit down and try to make a great Super Bowl ad. The first questions they usually ask themselves are: What celebrity can we get? What animal can we use? What parody can we make? How high can the budget go?

The best advertisements never start with a clean sheet of paper. The best ads start by asking, What is in the mind of the consumer when it comes to our brand” Then the ads use that idea in a new and creative way.

In this year’s Advertising Super Bowl, Budweiser did not disappoint, unlike the Patriots who suffered one of the biggest upsets in history. The King of Beers was also the king of the Super Bowl ad contest. Anheuser-Busch produced another standout ad which took the top spot for the 10th year in a row on the much-watched USA Today Ad Meter poll. 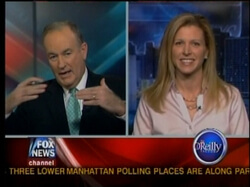 Here are my picks for the two best and two worst ads of the game which i also discussed last night with Bill O’Reilly on his show on Fox News.

To become part of the beer wagon team, a Dalmatian becomes the personal trainer for Hank the Clydesdale. Training to the theme of Rocky, the underdog horse succeeds through hard work.

The heavy favorite with seven ads running during the game, Budweiser played to win. And win they did. It was Bud at its best.

The ad was effective because it used the brand’s iconic visuals (Clydesdales, Dalmatian, beer wagon) to tell an emotional and entertaining story. The images were germane to the brand, the message was relevant to the game, and the ad connected with the audience.

Of course, Bud stacks the deck in order to guarantee a big win every year. First they order up 20 top-flight ads from their agencies. Then they test and tweak and test again, ending up with the best of the bunch for game night. And despite that, all the Bud ads were not winners or even close. The cavemen inventing the wheel, for instance, was an almost complete disaster.

On the other hand, the Hank the Clydesdale ad did what all great advertising should do. It reinforced the brand message in a memorable and meaningful way. It connected with the brand, the audience and the event.

“I’m in the mood for love” plays as a sexy woman holds a football. Tag: Let the real games begin. Happy Valentine’s Day.

The ad was simply perfect. And it just goes to show you that you don’t need celebrities, animals, special effects, parodies or a big budget to make a brilliant Super Bowl ad.

The Victoria Secret ad was not too much nor too little it was just right.

A good verbal idea doesn’t necessarily make a good visual idea. And this is clearly the case here.

A heart jumping out of a body is painful, ugly and gross to watch. At the very least, they should have used a symbolic image of a heart, not a real one. Using shocking visuals just to be shocking is not clever or wise.

My guess is that the creatives who made this ad will soon be checking into CareerBuilder for new jobs.

After a lackluster Super Bowl performance last year, the CareerBuilder agency lost the account. (Remember the chimpanzees in the office?) And this year’s ad was far worse.

CareerBuilder has had amazing success in the marketplace by focusing on targets frustrated with their jobs, but needing a push to switch. They’ve also had success with viral campaigns like the monk-e-mail. But unless they can get their lineup right for the big game, they would be better off staying home and saving their money.

They threw every Super Bowl ad cliché into this commercial for a new product nobody has ever heard of.

They ended up with a very attractive commercial visually. One that got attention and had people talking. But none of the elements in the ad had any relation to the brand, the game or the category.

To succeed, a commercial has to be entertaining but it also has to be relevant to the brand. Without both, you score a big zero.