Backwards is the new Forwards

Starbucks has had a troubling year. After a decade of sensational buzz and near constant growth, things have cooled off for the coffee pioneer. This in not untypical and far from surprising since no brand can sustain rapid growth forever. There is always a limit to how much coffee people will drink, sneakers they will wear, hamburgers they will eat or insurance they will buy.

But when growth rates level off, Wall Street screams and management panics. As a result, many companies opt for expansion in an attempt to maintain growth. This tends to have the reverse effect. Instead of fueling growth, expansion undermines the meaning and focus of the brand. Authenticity, quality and the customer experience are frequently damaged. Sales and customer loyality decline.

Sound familiar? It should. It is exactly what has happened at Starbucks. After a decade of growth, same-store sales declined, the stock plummeted and competition heated up. The Street has screamed for action to reheat growth. Starbucks responded by adding more stores and more products to sell. In the last few years Starbucks has been busy adding merchandise, music and ramping up food sales with things like hot egg sandwiches.

But instead of fueling growth, the expansion has damaged the Starbucks brand by degrading the experience, damaging its authenticity and diminishing its quality. 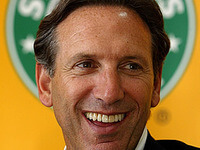 At Starbucks, that fanatical leader is Howard Schultz. Schultz came back and reclaimed his CEO title last month after ousting James Donald, a former grocery executive. (Why they had a grocery executive running Starbucks is beyond me. Groceries are one of the worst industries for branding and focus. Apart from Whole Foods, most grocery chains are a mess.)

To bring back the buzz Schultz has already made several bold and brave decisions. Valentine’s Day 2007, the now famous Schultz memo was “leaked.” In it Schultz bemoaned the watering down of the Starbucks experience. Setting the stage for a brand revamp that has finally arrived.

In the last month, Starbucks has cut 600 jobs, is closing 100 underperforming stores, is slowing U.S. growth and is finally getting rid of those foul-smelling hot egg sandwiches. At the same time they are accelerating international store openings which still represents enormous growth potential for the brand.

The piece de resistance of the Schultz master plan was the brilliant three-hour closing of all 7,100 U.S. stores on Tuesday for barista reeducation of all 135,000 employees. It was a public testament to of Starbucks’ renewed focus on coffee and quality.

Was it necessary to close every store on the same day at the same time to educate workers? Certainly, not. Was it a brilliant PR move? Absolutely. 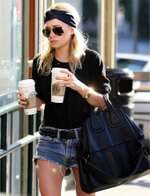 The closing of Starbucks was national news. Celebrities who normally get out of bed around 2 pm were scrambling for their 4 pm “morning” cup of joe. The few bucks Starbucks lost in sales that afternoon was more than compensated by the massive PR coverage. It sent a message to consumers, investors, and most importantly, employees that Schultz was back and that Starbucks the king of coffee would defend its coffee crown with tenacity.

A minor blip in this story is the Dunkin’ Donuts move of offering 99-cent lattes during the Starbucks shut-down. In an attempt to take some of the wind out of the sails of Starbucks and ride the coattails of the publicity, Dunkin’ had a real opportunity to make a mark. But half-price drinks are hardly a reason to celebrate. My Mom won’t leave the house to go shopping unless she has several 50%-off coupons in her purse. They are a dime a dozen these days.

What Dunkin should have done is FREE! Offering desperate Starbucks fans a free trial drink would have caused a commotion and resulted in a meaningful PR story for the brand. Too bad they are not as brave as Schultz; you know Howard would have done that in a heartbeat.