By the numbers or by the brands? 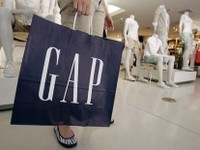 So has the Gap been doing the right things or the wrong things? It’s a mixed bag.

One of America’s premier brands has fallen on hard times. Is the recent news that the Gap Inc’s fourth-quarter net income rose 21% a sign that things are turning around for the retailer? A closer look reveals a sad and resounding “no.”

Back in 1969, The Gap was started by Donald Fisher and his wife. The Fishers opened their first store near what is now San Francisco State University. (The name referred to the generation gap.) The Gap catered to teenagers and sold mainly Levi’s jeans. A classic example of a focused brand (The Gap) using a great name (Levi’s) to lead a movement and in the process create a new category.

What do teenagers want most in life? Not to be like their parents. Parents wear pants and teenagers wear jeans. The store that supplied the uniform of choice (Levi’s jeans and t-shirts) to teenagers throughout the 70’s and 80’s was The Gap.

First, The Gap faced what it saw as a serious problem. Its core customers were growing up and still shopping in the store. Not wanting to lose those valuable customers, The Gap added more active wear and styles suitable for people in their 30s and beyond. At the same time these customers started having children of their own.

As I said, what do teenagers least like to do? Look like their parents. If Mom and Dad are wearing Levi’s and shopping at The Gap, then forget about getting the kids into the store. Both The Gap and Levi Strauss suffered as teens drifted to other brands like American Eagle and Abercrombie & Fitch which their parents didn’t wear.

Second, The Gap line-extended the brand by opening GapKids, babyGap and GapBody. If shopping where your parents shop wasn’t bad enough, shopping where your baby cousin does is the kiss of death. Sure, some parents like dressing their babies in Gap clothes. But these expansions undermined the meaning of the Gap brand and essentially killed its coolness factor.

While all this crazy expansion and brand dilution was going on, The Gap made two wise decisions when they launched two successful second brands. In 1983, the company bought Banana Republic a chain of jungle-themed stores that sold safari clothing. After the novelty of safari-wear wore off, the company rebranded the stores and focused on more expensive and sophisticated clothes. In 1994, they launched the Old Navy chain to sell less-expensive clothing and regain some credibility with teens.

The current problems at The Gap are due primarily to the watering down of the brand. When a brand tries to appeal to everybody, it suffers. And in a fickle business like fashion, you can easily miscalculate the next trend, which is exactly what happened in the past few years to The Gap.

The company’s latest attempt at a turnaround involves the naming of a new Chairman, Glenn Murphy, who was brought in last July and who previously was CEO of Shoppers Drug Mart in Canada. So what is Murphy’s plan for success? Cutting costs. What?

He hopes to solve the company’s problems by cutting spending, advertising and inventory. The Gap doesn’t have a spending problem, The Gap has a branding problem. And a lack of investment in the brand is just going to exacerbate the problem in the long term. While cutting costs has produced a short term increase in net income, the future looks bleak at The Gap unless it addresses its primarily problem. How to build the brand.

It’s what we saw at Sears-Kmart. Eddie Lampert’s solution to the company’s woes was to cut costs. When you run a company purely by the books instead of by the brand, you usually run it right into the ground. Initially, investors cheered Lampert’s cost cutting. But today the company is in shambles. Once, Sears and Kmart were weak brands. Today, they’re on life support.

Could the same thing happen to The Gap? You bet, if the cost cutting continues and the brands don’t refocus, they face trouble.

Not all The Gap’s spending did a lot of good. The Gap has been a huge devotee of massive advertising, particularity television advertising. An established brand needs to advertise, but unless the message is right, the money is wasted.

What did The Gap spend most of its money on? Celebrities. A wide variety of expensive celebrities. Madonna, Sarah Jessica Parker, John Mayer, Audrey Hepburn, Forest Whitaker, Lucy Liu, Chris O’Donnell, you name the celebrity, he or she probably got paid by The Gap at one time or another.

The problem is two-fold. (1) Using too many celebrities diminishes the value of any one celebrity. (2) None of the celebrities had credentials with the brand. Madonna would rather be caught dead than seen wearing something from The Gap. The Material Girl is not going to parade around in the basics.

When your brand stands for “basic clothing for young people,” old celebrities are the last people that should be in your ads. This has been an expensive lesson for the company to learn.

What The Gap should do is to go back to basics. Literally. They need to better define and better focus each of their individual brands.

Successful companies manage the brands, not the numbers.