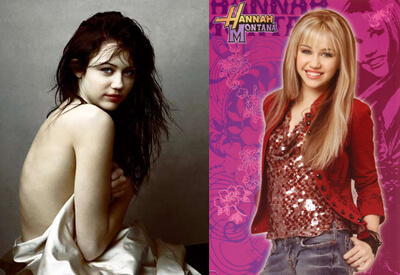 She was named Destiny Hope Cyrus because her parents knew she would do great things. And that is exactly what the girl now better known as Miley Cyrus and/or Hannah Montana has done.

Miley has become an international pre-teen sensation and mega-brand for the Disney Company. She is only 15 years old but Miley is predicted to be a billionaire by her 18th birthday. Not too bad, all your typical teenager brings home is average grades and acne.

Miley Cyrus is a teenager and a billion dollar franchise. That is a tough combination to manage from a business, branding and personal perspective. You have three forces at odds with one another.

Disney is in it for the short term. Disney’s goal is to milk the Miley brand as fast and as furious as it can. Why? Because of the short shelf life of a pop-princess. A pre-teen act has 3 to 5 years maximum before the kids grow up or their fans move on.

Disney can treat Miley like an ordinary brand. Ordinary brands in ordinary categories can develop, grow and mature over decades. (Like Red Bull introduced in 1987. )But in 20 years, Miley will probably be lucky enough to get a call back on a third-rate reality cable television show.

Miley Cyrus will grow out of her role as Hannah Montana brand before you know it. She has maybe 3 good years left. Nothing can stop time or puberty.

Ideally Disney would keep Miley in a bubble. With a short shelf life, nobody wants any major slip-ups.

Today Miley is incredibly important to Disney. But five years from now, they will have created another star to replace her. 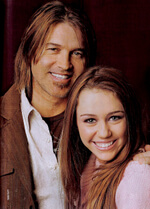 While they are happy to make money now, Miley’s parents, who also manage her career, are also wisely keeping an eye on the future. Her Dad (Billy Ray Cyrus) knows all too well the realities of being a one-hit wonder.

Team Cyrus has to be very worried about how Miley can sustain her fame past 18 years old. It is not easy. There are very few Justin Timberlakes and Britney Spears who go from Mickey Mouse Club to mainstream stardom. Most fade into oblivion.

I imagine it was team Cyrus who wanted to do the Vanity Fair shoot. Vanity Fair is an upscale, sophisticated, cultural, adult magazine. It is the magazine that Tom Cruise and Katie Holmes gave their first baby photo to. And the one Bono was a celebrity editor of last summer.

The thinking goes like this: Appearing in Vanity Fair would give Miley her own credibility and authenticity with an influential adult audience apart from Disney. The photographer, Annie Leibovitz, is one of the most respected artistic photographers of our time and her images would lend an edgy, sophisticated look to young Miley. Clearly Disney would be against this; they want Miley to always be Hannah Montana and stick to Seventeen magazine at the raciest.

Let’s not forget, Miley is a teenager. And as any parent will tell you, teenagers are not the most predictable or reliable of creatures. But for Miley and Disney things have gone perfectly.

The clean-cut, church-going, modestly-dressed Miley has been a dream come true for Disney and parents alike. But you could have said that about Britney Spears 10 years ago. So it goes to show you, you just never know. And sometimes delayed rebellion is far worse than one can imagine. 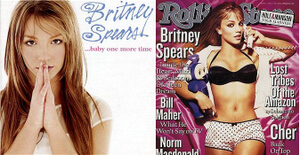 Britney jumped from Mickey Mouse club to “baby one more time” to this Rolling Stones cover when she was 17. And we have all seen the photos of her today.

Was the Vanity Fair shoot a good idea?

No. From the very start this strategy was flawed.

But that was the point of the picture and it shouldn’t be such a shock. An adult magazine wants adult photos. The shot of Miley is a beautiful, artistic, edgy, mature photo commonly found in the book. Vanity Fair does not publish publicity shots, it is known for pushing boundaries. When you play with fire, you can’t complain when you get burned.

Will this hurt her brand?

It certainly didn’t help. But it is unlikely to do any long-term damage to the Miley Cyrus brand because:

1: There is nobody else out there for teens to adore. The lack of competition is the best thing she’s got going for her. Hillary Duff is in her 20’s. The Cheetah Girls are in their 20’s. And her biggest competition Jamie Lynn Spears (Nickelodeon star and Britney’s sister) got pregnant last year at just 16 years old.

2: The photo of Miley was shocking but not pornographic. It caused so much attention not because of its raciness, but because it was the opposite of her brand image.

Like I said, being the opposite and looking grown-up was probably the intent of Team Cyrus, but the photo obviously went too far. Although other girls have gone farther, quicker, parents thought that Miley would be different and wouldn’t try to grow up so fast like most other pop-stars.

3: She was not on the cover. Not being on the magazine’s cover and being mostly covered is Miley’s saving grace. This will allow the controversy to blow off relatively quickly as long as she doesn’t hitting the clubs with Paris Hilton or doing cocaine with Amy Winehouse. And her parents don’t book her the cover of Maxim magazine.

Miley immediately issued a statement saying she is “embarrassed” by the photos; so she is likely to get sympathy. Her managers and parents on the other hand will get hell.

While it is good for Miley she is not on the cover. It is bad for Vanity Fair. All this free publicity and they are unlikely to reap any rewards or much of a spike in newsstand sales.

While it lasts, Miley needs to enjoy the Hannah Montana ride. Her future is uncertain. If she is like the Olsen Twins, she won’t make it into adult stardom. If she is like Lindsay Lohan, she will make it and then throw it all away by doing drugs. If she is like Madonna, she will be as famous 25 years into her career as she was when she started. The secret to Madonna’s success is that she starts a trend, she fades from view and then she returns reincarnated. Hard to do, but when it works, it is pure magic.