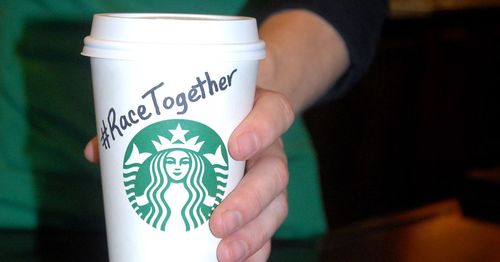 Hashtag Branding – How to not get burned

Starbucks, like most companies these days, is obsessed with buzz. Not the kind you get from a double-espresso but the kind you find online with tweets, hashtags and likes. It used to be that the major media outlets controlled the conversation. Today, consumers via social media have the power to start, join or change the conversation. The media covers the buzz instead of creating it. As a result, companies are trying harder than ever to encourage consumers to start conversations online with hashtag campaigns. The hope is for a viral success that will reflect positively on the brand.

That is the theory at least. Most attempts are dismal failures. Social issue campaigns can be powerful for companies to increase attention and respect for their brands. But as we saw with Starbucks’ #RaceTogether, even with the best intentions these campaigns can backfire badly.

Big companies, small companies, all of us have a responsibility to give back and to try and make the world a better place. But for it to succeed, you have to understand your brand and your position in the mind of the consumer.

So, if you are thinking about running a #Hashtag Issue campaign for your brand here are some things to think about.

1) Find a cause with an authentic connection to your brand.

Race relations is a hot button issue in America today, no doubt about it. And I’m sure Howard Schultz had the best intentions with #RaceTogether, but what does race have to do with coffee? Coffee is black, milk is white? There is nothing about Starbucks that authentically brings up the conversation about race relations. In fact it is just the opposite. Starbucks is a high-end brand, the top executives are mostly white and larger percentage of its employees are minority. Maybe they could have launched this campaign internally first? The message was delivered more effectively at the shareholder meeting than in the 12,000 Starbucks where baristas were less sure of what to say.

On the other hand, Dove, the maker of soap with ¼ moisturizing lotion, launched the Campaign for Real Beauty which had an authentic and positive connection to the brand. Women use Dove products to clean and soften skin and hair. Promoting women to have a more positive self-image connects to the brand and category.

2) Don’t force yourself on customers.

You can push an issue but don’t push yourself on consumers especially with campaigns that are too silly, too vague or too trivial.

McDonald’s pay with lovin’ which kicked off with some schmaltzy Super Bowl ads showing millennials calling home say “I love you” I think was both too silly and too trivial. Most McDonald’s customers are in the drive-thru with two kids in the back in a rush someplace. The average check at McDonald’s is less than $10. Getting a free McMuffin might be nice, but it isn’t like a free car and most consumers will react as such. Many people commented it was totally embarrassing winning the prize for the customer and the employees. Having to dance with a stranger in McDonald’s was way worse than paying $1 for a McMuffin.

Nationwide launched the #MakeSafeHappen campaign which depressed everybody during the Super Bowl with an ad showing all the ways kids could die in accidents. This campaign was morose, but worse it was too vague. It is best to pick something specific that people remember and feel they can do something about. I can prevent drowning but how can I make safe happen?

3) Stay focused on one issue.

Some companies jump on the issue of the week to try and get into the conversation. This is a mistake. It comes across as opportunistic and unauthentic. Brands need to find the issue that is authentic to their brand and then stick with it for the long run. Chipotle talks about “Food with Integrity.” They didn’t just jump on this last week now that everybody is talking about healthy food. The company was started in 1993 and they have been talking about food with integrity for a decade.

A social issue without a powerful brand isn’t going to work. Integrity didn’t build the Chipotle brand, giant burritos did. The restaurants are successful first and foremost because consumers get huge portions of fresh, delicious, custom-made Mexican food. But Chipotle has wisely used their success to engage with consumers about Chipotle’s decade old mission of using better ingredients from food that is raised with respect for the animals, environment and farmers.

Most of these hashtag campaigns are planned to run for a few weeks. Is Starbucks going to put #RaceTogether on its cups forever? I doubt it. Marketing managers think short term instead of long term. The real way to make an impact is to run social campaigns for decades. Dove’s Campaign for Real Beauty celebrated its 10th anniversary last year.

Just putting an idea or hashtag out into cyberspace isn’t enough. You need to be willing to support the mission and have a plan for how change can happen. This is where Starbucks really got into trouble. Kareem Abdul-Jabbar summed it up perfectly “I’m in shock and awe — in awe that the company is trying it, shocked they think it will work.”

Not many campaigns use a visual hammer. But they should. A big part of Dove’s success were the ads showing almost naked women of all sizes. It was a bold move that communicated the idea that all women are beautiful. One more thing, don’t forget that consumers buy coffee to drink, burritos to eat and soap to wash. To be successful you need a strong brand that owns an idea in the mind like expensive coffee, custom burritos or moisturizing soap. You can do good in the world by supporting a cause but don’t let it get in the way of doing your job. McDonald’s needs to worry less about having customer’s pay with love and worry more about making good food, served fast in a clean restaurant.