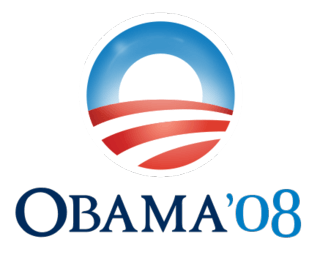 Running for President of the United States means building a brand that at least 51% of the country is willing to buy on Election Day. Not an easy task in a country as large and diverse as America. Too narrow a focus and you won’t get a majority vote.

A narrow focus builds a brand, but a wide base wins the election. The task is huge. Even the iPhone doesn’t have a 51% share of the smartphone market in the U.S.

The key to winning an election is to find a key issue narrow enough to stand for something but broad enough to be appeal to several constituencies.

The Presidential election is 18 months away, an eternity in politics. But getting off to a good start with your brand, your message and your visual is important in getting into the voter’s mind.

One of the most-effective branding techniques is repetition. The sooner a candidate can nail the brand and repeat and repeat the message the better. The consistency of Obama in 2008 versus the multiple messages of Hillary Clinton and John McCain help propel his success. I believe in the power of visuals. Obama’s visual hammer was extremely effective. Obama’s success has prompted all candidates to be more visually oriented. Political candidates today are eager to build websites, posters and social media accounts using the right fonts, colors and logos. They have obviously hired top design firms to create elaborate brand-identity guidebooks.

What idea does the candidate want to own in the mind? Obama wanted to own “change” so the visual of a rising sun worked to communicate the idea in an emotional way.

Hillary Clinton is one of the most famous politicians in the world. She ran in 2008 and lost. And she has obviously been planning her 2016 campaign for a long time. With the help of top consultants, not to mention Bill Clinton, you would think she would have found a big idea that could be visualized.

After eight years with one political party controlling the White House, it is difficult for a candidate of that same party to win. After Clinton, Al Gore lost. After Bush, John McCain lost.

After Obama, Hillary will face the same problem.

Either she has to campaign on continuing what Obama has started. Which is how George H. Bush won the White House after eight years of Ronald Reagan. Or she has to position herself as offering change without sounding too critical of Obama.

This week Hillary launched her campaign with a bold new visual. A large blue H with an arrow. Some critics have said it looks like a hospital sign or the FedEx logo or a flag. The issue is not whether the “Hillary H” is attractive or not. The issue is what the H communicates. The arrow forward seems to reinforce a continuation of the Obama administration. An arrow says let’s move forward. Which is somewhat reminiscent of Obama’s 2012 “Forward” campaign slogan.

Is that what she wants to communicate? I would think and hope not. Obama is not very popular; her best chance is to focus on change. Not more of the same.

A forward-looking arrow is the opposite of how most people view Hillary Clinton. Voting for her means going backwards, the return of the Clintons to the White House. Some people like that idea; some people don’t.

Hillary Clinton needs to develop a solid campaign slogan first and then try to visualize the slogan second.

Republicans have an easier campaign problem. Being an incumbent is usually a benefit in politics. But being the incumbent party after eight years in office is not. Republicans getting into the campaign so far are focused on some version of change.

Marco Rubio, is a young, dynamic fresh-faced Floridian who could be the face of change. Rubio announced his run this week with the messages, “Are you ready for a New American Century?” and “Calling all conservatives with a can-do attitude.”

His visual is a red image of the American map, used instead of the dot on the “i” in Rubio. But it is so small it is hard to see.

Rand Paul is the son of Ron Paul, the former Texas congressman, past Presidential candidate and the face of libertarianism. Rand Paul has to fight to separate himself from his father’s libertarian views and craft a message for the masses. Even though Rand is a Kentucky senator residing in the belt-way, his libertarian connections gives him outsider credentials with insider connections. His current message is, “Defeat the Washington Machine.”

The idea is aimed at the Clinton machine as well as all politicians. It is a good strategy, but can he convince the majority to go along with him on the idea? Could be too radical.

And what is with the donor total taking over his homepage? Looks like he is more interested in being a fundraising machine. The large image of a dollar total is confusing given his anti big government spending message. Initially I thought it was one of those debt calculators. Rand also has a small red flame above his name, a torch of liberty I assume. Too small to see and not connected to his defeating the machine in a meaningful way.

It is going to be a long 18 months of campaigning. But I’m excited to observe, comment, and, of course, vote come Election Day.