No matter how much the world of media changes, our yearly love affair with Super Bowl advertising continues. For 354 days of the year, we skip, stream and search for any technology possible to skip ads. But not on Super Bowl Sunday. On Super Bowl Sunday, we watch, rewatch and view them online. We all get to be ad critics.

What is important to remember is that for Super Bowl advertising to be effective and worthy of the huge investment, it must do two things: (1) It must gain our attention, and (2) It must sell the brand. Some succeed at one and not the other. Many fail at both.

One thing that works well is consistency. A brand with a clear position, a brand that advertising year in and year out is a brand that knows how to produce ad winners. The brand that has nailed this the best this year, and was my overall winner, was Doritos. The “Crash the Super Bowl” contest, now in its 10th year, has only gotten better. Both the ultra-sound ad and the dog ad were fantastic. Both ads delivered a strong brand message in original and amusing ways. 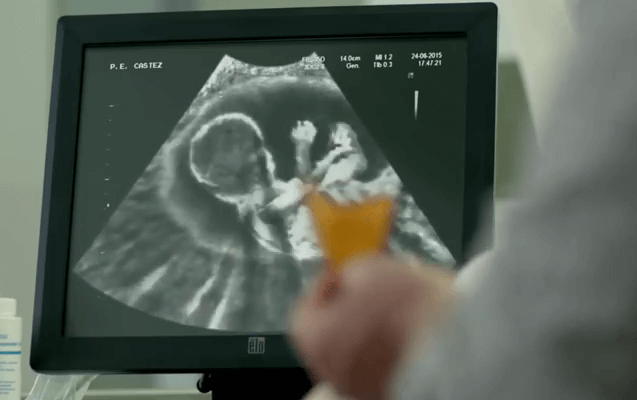 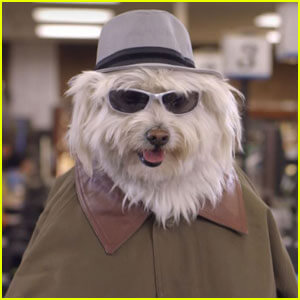 Here are my thoughts about some of the other Super Bowl ads. 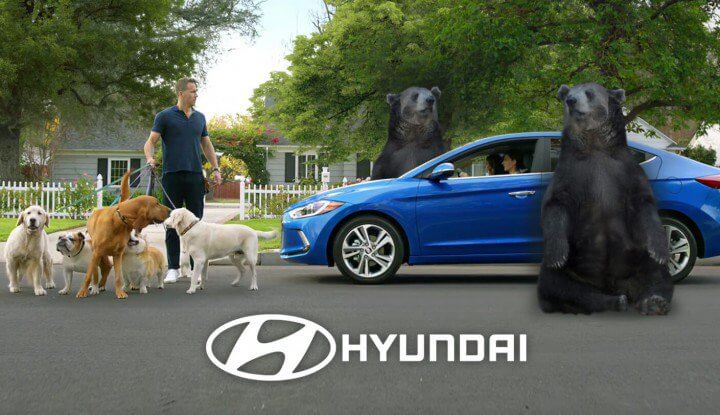 Hyundai. Remote start, pedestrian detection and location tracking sure come in handy when you are trying to produce a winning Super Bowl ad. The Kevin Hart ad, the Ryanville ad and the Chase ad all deliver on communicating the high-tech advances in the new Hyundai Elantra.

Prius. The brand makes fun of its image of not being a powerful driving machine. Consumers buy a Prius despite that image because it’s the hybrid to own and one of the best ways to avoid high gas prices. But the brand has two problems: (1) Tesla has taken over as the eco-friendly car to drive, and (2) Historically low gas prices have made the high price of a hybrid less attractive. 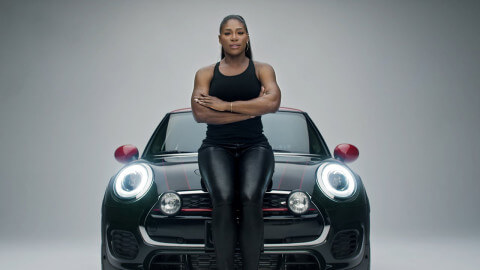 Mini. The ad comes out strongly against stereotyping and launches the #defylabels hashtag campaign. But the message is missing. What exactly does “defying labels” have to do with a Mini Cooper and why would I want to drive one? 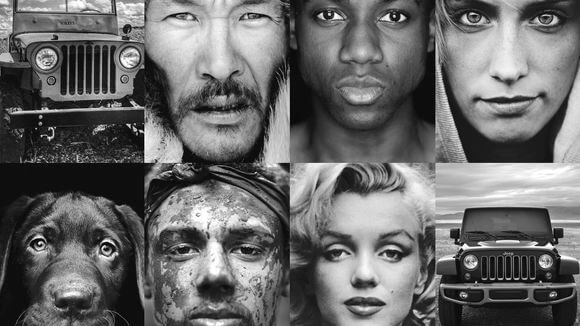 Jeep. Fiat Chrysler loves to run sentimental and patriotic Super Bowl ads. “We don’t make Jeep, you do.” Celebrating its 75th year with new models, Jeep has gotten more attention lately and this could make people give it another look. Rough-and-tough Americans like Jeeps. Compare this ad to the Honda ad with the singing sheep and the speakers in the flat-bed. Very untough. 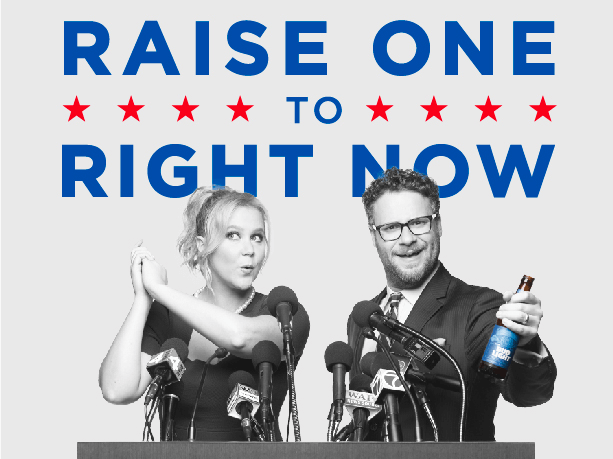 Budweiser. When it comes to Super Bowl advertising, Budweiser is the brand to beat. When showcasing the Clydesdales, Budweiser is almost guaranteed a big win. However, the problem facing Budweiser is that they have two brands. (1) Budweiser which is dying a slow death with sales declining every year, and (2) Bud Light that remains the #1 beer in the U.S. but has been struggling to find its identity.

The Clydesdale horses and King of Beer slogan belong to Budweiser. But it isn’t easy to create an identity when the brand has been line-extended into everything from Bud Light Lime to Bud Light Apple to Bud Light Platinum to Bud Light Staw-ber-Rita and Bud Light Lemon-ade-Rita, to name a few. The brand is clearly facing an identity crisis. It’s not just watered-down Budweiser, it is watered-down beer which comes in a range of silly flavors.

Amy Schumer and Seth Rogan are two of the hottest and coolest comedians in America. The ad delivers on humor. But like a typical politician, Bud Light is trying to be all things to all people and looks disingenuous doing it. Nor do Amy and Seth don’t strike me as big beer drinkers either. It feels like Bud Light was trying to stuff the ballot box with this one. 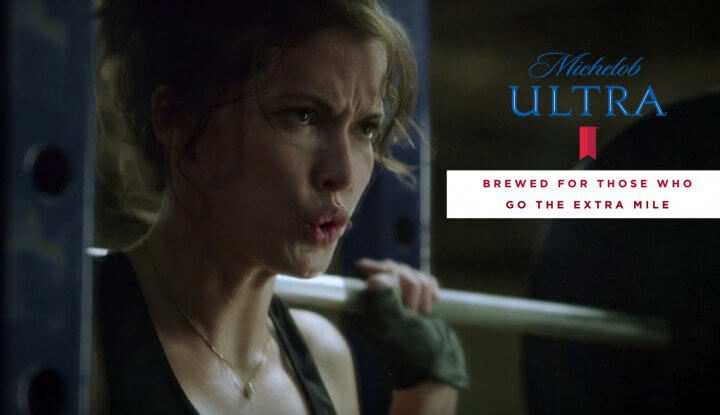 Michelob Ultra. This ad reminds to get off the couch and work out.  But the connection to beer is ridiculous. After a tough workout what athlete reaches for a beer? Ok, after winning the Super Bowl perhaps. And Bud scored big with Peyton’s shout out. Winning the Super Bowl might mean celebrating with a beer. But not a workout. 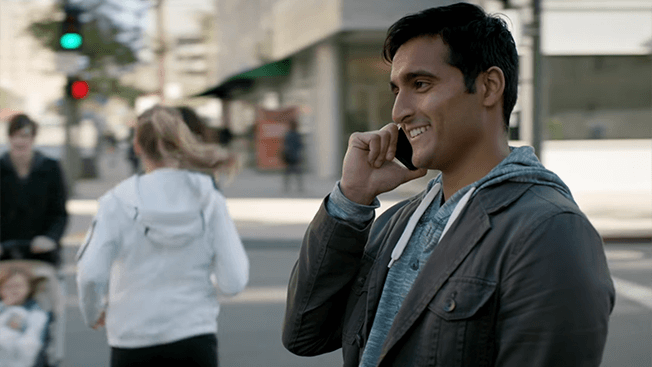 SoFi. In general, tech start-ups should usually stay clear of Super Bowl ads. Clearly this is the case for SoFi. The ad arrogantly scans the streets and points out who is great and who is not great. Who are they? Donald Trump? Then they boldly espouse that most people are not great. Says who? The bank I never heard of? Yes, SoFi is one of the hottest unicorns in Silicon Valley, but most people haven’t heard of them. And if they keep running ads like this one, maybe they never will. (Note guy above was declared as never being great.) 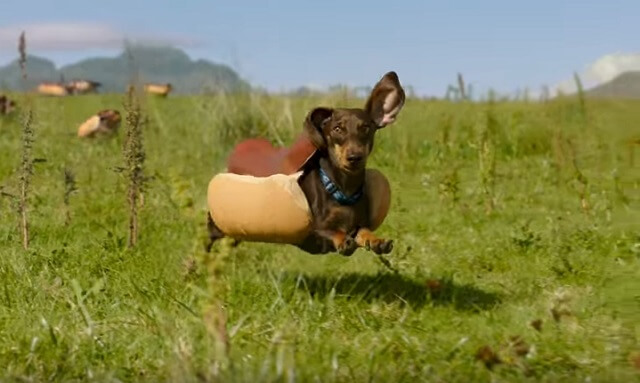 Heinz These dogs are way too cute to eat. But they do make for a memorable Super Bowl ad. Dachshunds dressed up as hot dogs running in a field to ketchup and mustard. It is corny sure but such light-hearted humor for a leading brand like Heinz ketchup works. Kids and adults are amused and remember the product. 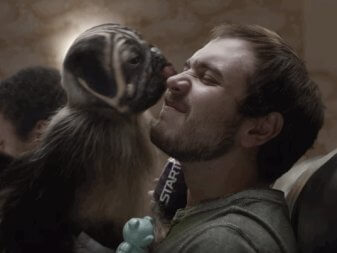 Mountain Dew Kickstart Puppymonkeybaby is my 10-year-old’s new theme song. He and his friends loved it! And as a marketing professional, I also appreciated the ad for making fun of Super Bowl commercials by putting the three visuals that people love and making one scary animal called the puppymonkeybaby. Very funny. Does my 10-year-old know what product the ad was selling? Do most people? Probably not. Puppymonkeybaby has nothing to do with Mountain Dew’s line-extension Kickstart energy drink. I can say one thing that for certain, every kid might want a puppymonkeybaby now, but no 10-year-old boy needs is a Kickstart, they have plenty of energy of their own.