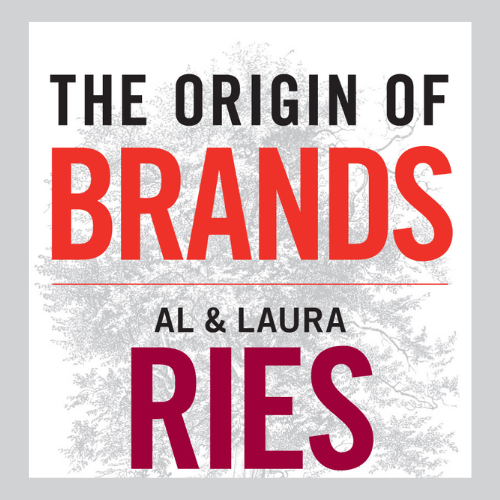 In America last year, Tesla had 79 percent of the electric-vehicle market.

That’s an amazing percentage since there were 11 brands of electric vehicles to choose from: Audi, BMW, Chevrolet, Honda, Hyundai, Kia, Jaguar, Nissan, Porsche, Tesla and Volkswagen.

With 11 brands to choose from, how come Tesla accounted for 79 percent of electric-vehicle purchases last year?

The answer: Tesla is the only brand that says: I own an electric vehicle. The other ten have gasoline brand names.

Apparently, the other ten companies believe names don’t matter. It’s the quality of the product and its durability and price that counts.

As marketing people, we can’t believe that Tesla, a brand manufactured by a company with no previous experience in automobiles, can produce products superior to electric vehicles made by ten major automobile manufacturers.

What leads General Motors to believe they can dramatically increase those percentages?

The same belief that almost every manufacturer has. You increase market share by building better products than your competitors.

Not necessarily true. Most customers don’t examine every brand in a category and try to pick out the best brand.

Rather they find out which brands are the market leaders and start from there.

But a Honda Civic Hybrid looked exactly like a Honda Civic while the Toyota Prius looked different than any other brand on the road.

A neighbor of mine bought a Honda Civic Hybrid, but to make sure other people knew he was eco-friendly, he also purchased a specialty license plate that read: HYBRID.

By the year 2016, there were 18 brands of hybrids being marketed in America and the Toyota Prius accounted for 39 percent of all hybrid sales that year.

In marketing, there is a key principle: A new category demands a new brand name.

But IBM was a mainframe manufacturer and the personal computer was a totally new category.

A few years later, IBM lost its leadership to new brands like Compaq and Dell. In 23 years, IBM lost $15 billion in personal computer, finally selling the business in 2005 to Lenovo, a Chinese company, for $1.75 billion.

Not just IBM. But dozens of other high-tech companies also tried to get into the personal computer business with their existing brand names. Atari, AT&T, Burroughs, Dictaphone, Digital Equipment, ITT, Lanier, Mitel, NCR, NEC, Siemens, Sony, Xerox and others.

Today, the two leading personal computer brands in America are Dell and Hewlett-Packard which bought Compaq, a start-up company, in the year 2000 and changed its name to Hewlett-Packard.

Dell was founded in the year 1984 by Michael Dell, a 19-year-old student at the University of Texas.

Consider this fact. None of the dozens of established high-text companies like IBM, Siemens, Sony and Xerox went on to dominate the most-important high-tech product of the 20th century, the personal computer. It took two new start-up companies to do that.

Take Nokia, the largest-selling global cellphone brand
for 14 straight years, from 1998 to 2011. Unfortunately, Apple introduced the iPhone, the first smartphone, in 2007.

So what did Nokia do? They also introduced a smartphone, but did not give it a new brand name. It was just a Nokia.

Currently, Nokia is worth just $22 billion on the stock market, a brand that was once worth $245 billion.

Compare Walmart and Amazon at the turn of the century. In the year 2000, Walmart had revenues of $193.3 billion and net profits of $6.3 billion, or a net profit margin of 3.3 percent.

That same year, Amazon had revenues of $2.8 billion and losses of $1.4 billion.

That was also the year Walmart decided to launch an Internet site. So what name did Walmart use on its new Internet site? Did Walmart give this question any serious consideration? Probably not.

Walmart had more than 3,000 stores and more than 100 distribution centers. Furthermore, Walmart was 30 times the size of Amazon and profitable while Amazon was small and losing billions of dollars. In competition with Amazon, Walmart had all the advantages

Except one. A unique name.

For Walmart, the Internet was a new category and a new category demands a new brand name. In the years to come, that mistake was going to make a tremendous difference.

Keyboard “Jet.com” and you find yourself on the Walmart.com site.

Walmart opened an Internet site to increase sales. In the retail business this is known as omnichannel commerce, a multichannel approach to sales that focus on providing seamless customer experience whether the client is shopping online from a mobile device, a laptop or in a brick-and-mortar store.

What went wrong with this approach? When you use one name (Walmart) on two different businesses, they fight each other.

There’s a big difference tween an Internet site and a physical retail store. Consumers expect Internet sites to sell products cheaper than retail stores. The drawbacks? You can’t inspect the merchandise and you have to wait days to get delivery.

On the other hand, you can inspect the merchandise in a physical store and take it home with you. The drawback? It’s more expensive.

So how does Walmart.com price its merchandise? If it prices it cheaper than merchandise at its retail stores, it will offend customers of those stores. If Walmart prices merchandise the same at both the stores and its site, it won’t be competitive with Amazon and other Internet sites.

It’s a problem that can’t be solved.

Take Coca-Cola. In the 1960s, both Coca-Cola and Pepsi-Cola began to worry about the amount of sugar in their drinks. (Almost 10 teaspoons in a 12-oz. can of Coke.)

Now what diet-cola brand became the market leader? It’s not the brand you think it might be.

You might think that would have made a deep impression on Coca-Cola management. A new brand (Tab) outsold a line extension of a brand that was 66 years old (diet Pepsi.)

No, it did not. Nineteen years later, in the year 1982, Coca-Cola introduced diet Coca-Cola. That was a major mistake that in the long run would seriously hurt the brand.

As a result, the per-capita consumption of carbonated soft drinks has been steadily declining for several decades. Recently, the decline has been increasing. Currently it is declining at a rate of 2.7 percent a year.

Coca-Cola company sales have also been declining. In the past eight years, overall sales have declined 31 percent.

What’s the solution to Coca-Cola’s problem? It’s too late to bring back Tab. The best solution is to discontinue the sugar product and focus on the diet product. With one change.

Just change “diet Coke” to “Coca-Cola.” In time, consumers will think, It tastes great and it doesn’t have any calories.

Why do so many companies introduce line extensions that fight each other? Because they are consumer oriented.

It probably wouldn’t surprise you that every major two-class airline in America went bankrupt.

The only major one-class airline, Southwest Airlines, in 50 years of operations has never had an unprofitable year, until the pandemic of 2020.

What are some of the positioning principles that every company should follow?